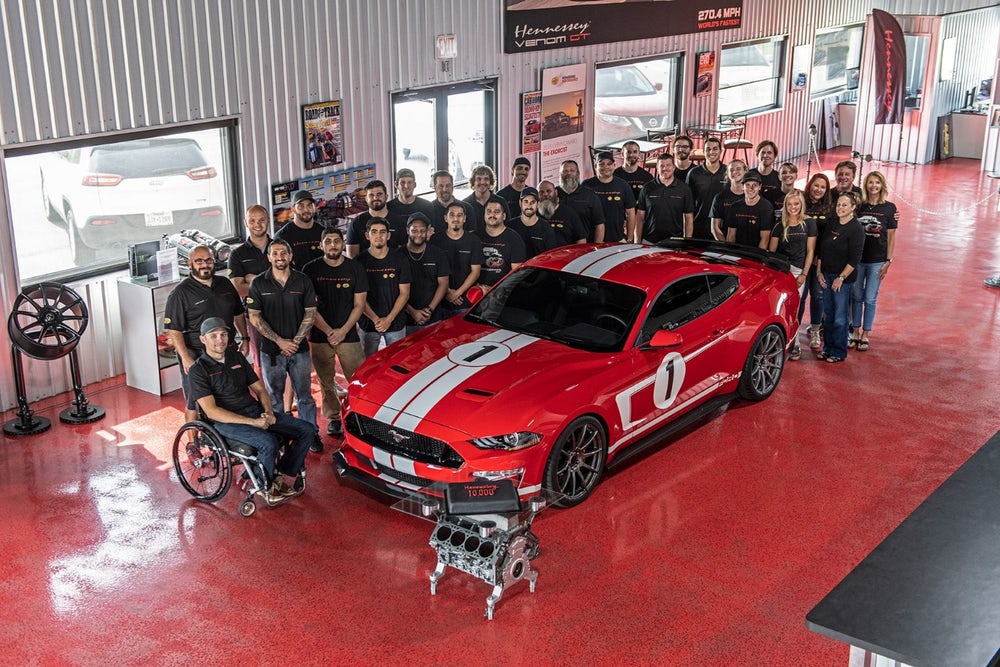 Hennessey Performance is a tuning house that is known for making some of the fastest cars in the world. The company crossed a significant milestone when it made its 10,000th car, which was part of a limited edition run of 19 Mustangs. The Mustang already has a reputation as a muscle car and these Mustangs received upgrades not just to the engine, but also the fuel pump, exhaust system, injectors and several other components.

The base model is a 2019 Mustang GT Coupe, which gets an upgraded engine with the addition of a three-liter supercharger. Other notable components include an air to water intercooler, a high-flow induction system and upgraded injectors and fuel pump. The exhaust system particularly noteworthy as it is made of stainless steel and is sourced from Catback.

The modifications to the chassis include a KW Variant 1 suspension kit to minimize body roll. The 20-inch alloy wheels and Pilot Sport Cup Michelin tires complete the look. Customers can also opt to upgrade the brakes to Brembo 6-pots at the front and 4-pots at the rear, with 15.1-inch brake discs.

The carbon fiber components include a front splitter, side sills and a restrained rear spoiler from CarbonAero to help the Mustang tackle its new top speed of more than 200 mph (320 km/h). The car easily foes from 0-60-mph (0-96.6 km/h) in just 3.3 seconds.
Only 19 Hennessey Heritage Edition Mustangs will be built, and they will come with a price tag of USD 89,950. All the Mustangs are in red, with white stripes and stickers and embroidered headrests.