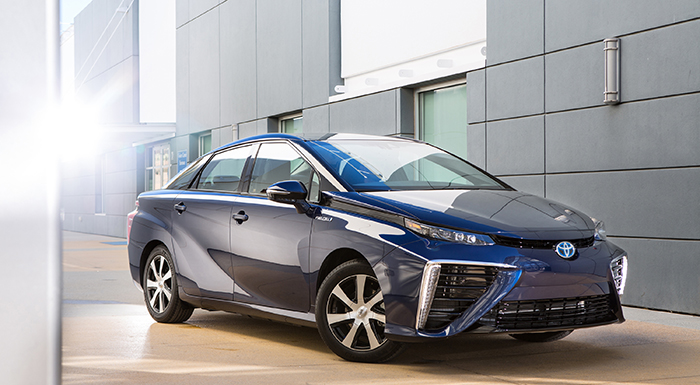 Since the 1970s, W. L. Gore & Associates has proven itself as one of the legends in the fuel cell industry as its Fuel Cell Components have been widely used in thousands of applications globally. Now, the American company is supplying a key component for the revolutionary Toyota Mirai, a stylish hydrogen fuel cell vehicle.

The Mirai is powered by a fuel stack that requires membranes of durability and high performance. Behind this breakthrough is Gore, the world-leader in Proton Exchange Membranes also known as PEM technology. Under the body of the car is a fuel cell stack that propels the car. The stack consists of 370 cells, each containing a GORE-SELECT® ePTFE-based Membrane, which facilitates the chemical reaction between the hydrogen fuel and oxygen. This results in as much as 114 kilowatts of electricity.

Gore has come up with a portfolio of fuel cell membranes that have the highest performance and durability, two vital factors in the life of a car’s powertrain.

According to Laura Keough, Gore Fuel Cell Technologies Global Business Leader, this is just another step in their long commitment to product innovation within the automotive industry. She added that the development of a deep technical understanding of fuel cell stacks and systems has enabled them to be the first membrane supplier of this kind worldwide.

The Mirai was rolled out in Japan in December last year, and was made available for sale or lease in the USA just last month.

Speaking at the recently held Fuel Cell Expo in Tokyo, Japan, Wen Liu, Gore’s leader of global technology development in fuel cells, stressed that this year marks a huge milestone within the fuel cell industry. He noted that Gore has been investing in PEM fuel cell technology for decades and they are honored to have been chosen for the Toyota Mirai vehicle.

For Toyota, the fuel cell vehicle offers an opportunity to make a difference when it comes to fossil fuel dependence and promoting a cleaner and greener environment. Together, the Japanese automaker and Gore are pioneering the use of this new energy source to contribute to a more sustainable and eco-friendly mobile society.