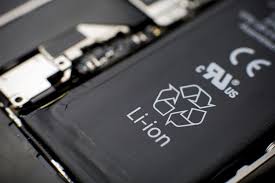 Global Demand for Lithium Projected to Reach 1.0 Mt LCE by 2027

With the advent of electrified vehicles, the demand for lithium which is used in Lithium-ion batteries has been increasing every year. In 2017, rechargeable batteries used up over 43 per cent of the total lithium that was available. Lithium is used in Li-ion batteries that are used in both fully electric and hybrid vehicles and this has made the automotive industry the biggest influencer on the lithium industry in 2017.
This surge in the demand for lithium, which is driven by the lithium-ion battery industry, is expected to grow exponentially every year. This figure of about 50 per cent of Lithium being consumed for the production of lithium ion batteries is expected to increase to over 80 percent by 2027, according to Roskill, a London-based consultancy agency.

In 2017, the Lithium demand from automotive applications crossed 34,000t Lithium carbonate equivalent (LCE) in 2017, and this is expected to more than double by the end of the decade.

According to the report, the demand for lithium had increased by 10 per cent over 2016 levels in 2017, to reach 211,000t LCE. In 2017, the greatest consumption of lithium was for automotive applications, as the sales of plug-in electric vehicles (PEV) in China increased by around 20 percent year on year. The sale of PEV in China is expected to reach one million units in china in 2021 and this would definitely increase the strain on the battery supply chain.

Roskill forecasts that the increase in demand for lithium will continue in the years to 2027, as battery EVs become increasingly available in the market and become competitive with regard to price to their petrol/diesel counterparts, even without incentives. It is estimated that in 2027, the Li-ion batteries in automotive applications will exceed 1TWh in capacity, and their use in power and motive, portable electronics and energy storage systems is expected to contribute another ~140MWh. Energy storage systems (ESS) are expected to grow at the same rate as automotive applications, with demand for energy from clean sources increasing and production costs falling. One factor that could affect this demand is competition from other battery technologies could become a limiting factor.

There is a lead time between first purchase of lithium compounds and its subsequent use in Li-ion battery applications by the automotive industry and this is a factor that increased ‘demand’ ahead of consumption by 9 percent in 2017. This trend is expected to intensify in the coming years. Demand for lithium is expected to approach 1.0Mt LCE in 2027.