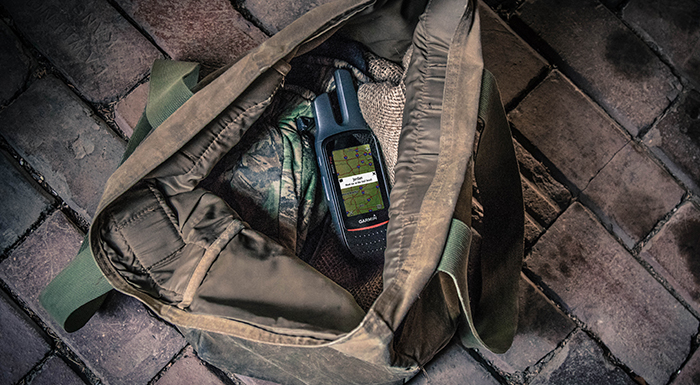 Featuring a built-in-5-watt FRS/GMRS radio for a communication range of up to 20 miles, these all-new devices come with an updated 3-inch multi-touch display with enhanced optical clarity, animated radar, wireless connectivity and Active Weather for up-to-date forecasts. The new user interface is easy-to-use and intuitive, and the preloaded worldwide basemap makes navigation effortless.

Moreover, the Rino 755t comes included with TOPO US 100K maps and an 8MP camera with an LED flash. Both radios feature a built-in NOAA weather radio and a position reporting feature to see the location as well as send text messages and emergency alerts to other Rino users on their same channel. Thanks to these connectivity and communication features, all kinds of adventures can have a new sense of safety and security while utilizing the new Rino 750 and 755t.

According to Dan Bartel, Garmin vice president of worldwide sales, the Rino 750 and 755t are thrilling additions to the Garmin lineup of rugged two-way radio handheld devices. He says that the new wireless features, access to live weather radar information and the ability to send emergency alerts to other Rino devices—in combination with the built-in two-way radio—give users a unique safety net and peace of mind while out in the field.

The built-in 5-watt FRS/GMRS radio gives the Rino 750 and 755t a range of up to 20 miles over GMRS and two miles over FRS to communicate at the touch of a button. Both of these handhelds support unit-to-unit text messages with other Rino users in the area, as well as support for Bluetooth audio headsets for enhance voice communication. Emergency alerts are unique to the Rino 750 and 755t line, which enable the user to send emergency alerts and get confirmation that assistance is on the way.

The Rino devices boast high-sensitivity GPS with GLONASS support for better reception, even in tough environments such as deep canyons or heavy tree cover. Moreover, these handhelds have a larger 3-inch multi-touch display with dual orientation capabilities as well as a preloaded worldwide basemap for seamless navigation. The Rino 755t features TOPO US 100K mapping, an 8MP camera with an LED flash and torch, as well as a one-year subscription to BirdsEye Satellite Imagery. Thanks to the microSD card slot, both the Rino 750 and 755t are compatible with extra maps such as BlueChart® g2 while out on the water or HuntView™ to see public and private land data while hunting.

With a highly compatible smartphone and the Garmin Connect™ Mobile app, Rino 750 and 755t users will be able to enjoy more wireless connectivity functionality. The Active Weather feature supplies real-time forecast information and animated weather tracking for weather awareness, and when users are out of cell range, the built-in NOAA weather radio guarantees that they get updated warnings from National Weather Service.

What’s more, the new Rino devices are fully compatible with the Garmin Connect IQ™ platform, so users will get a chance to customize their device with more widgets, data fields and apps to fit their lifestyles. Furthermore, users can pair their handhelds with their smartphone for text, call and email notifications right on the device, as well as wireless software downloads and automatic data uploads to the Garmin Connect online community.

The Rino 750 and 755t will also have wireless integration with Geocaching.com for Geocaching Live when combined with a smartphone. Hence, users can wireless download cache descriptions, hints and logs even if they are out of the field. When a geocache is logged as found, it will be uploaded to the user’s Geocaching.com profile automatically.

The new Rino 750 and 755t boasts a rugged, ergonomic design as well as a water rating of IPX7. They also come with a unique battery system that works compatibly with the included Li-ion rechargeable pack or optional four AA battery pack.

These devices are anticipated to be available in the third quarter of this year.