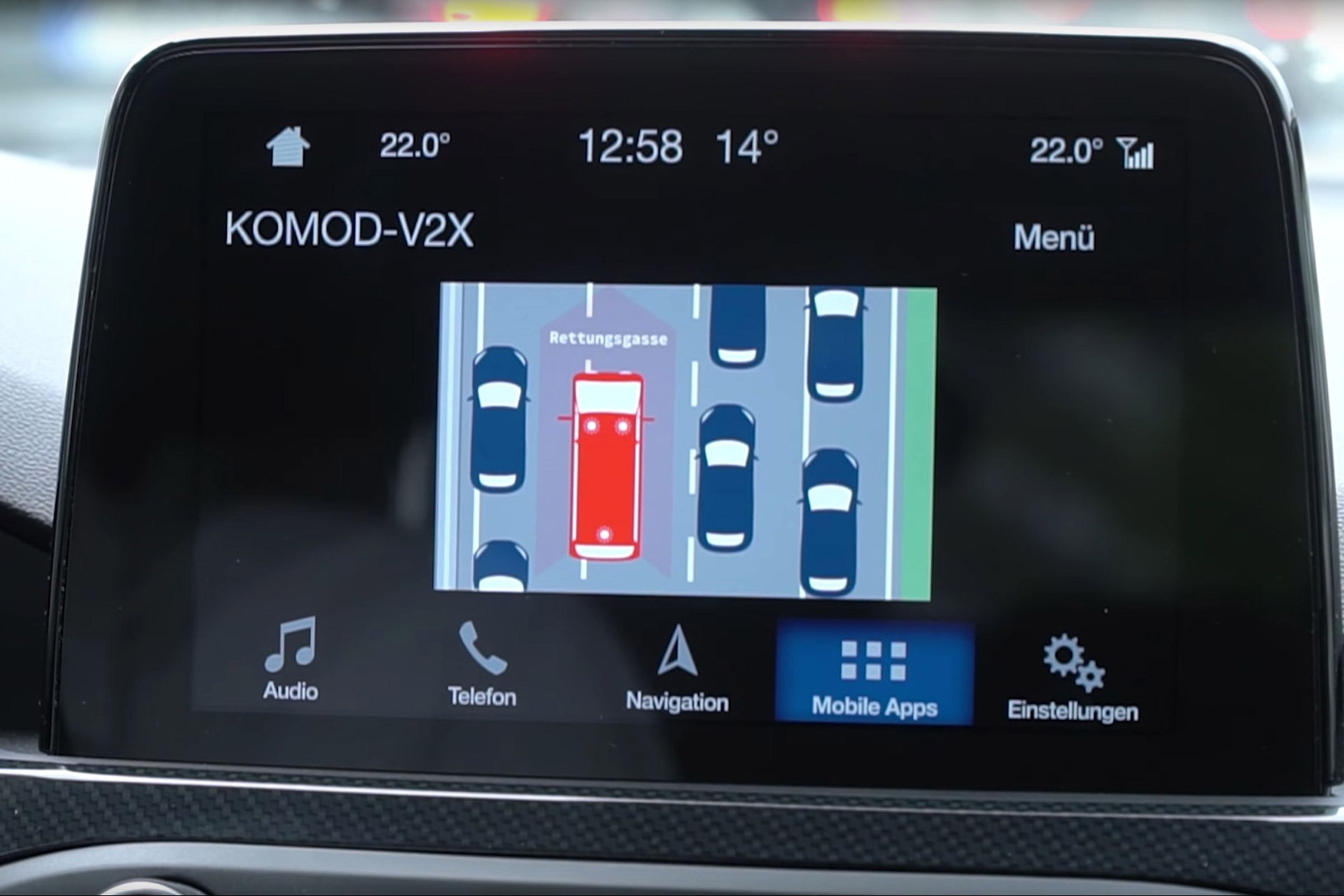 Ford and Vodafone are currently testing a new system that would alert drivers of upcoming incidents, and instruct them to clear a path for emergency services.

Ambulances, police cars and fire engines could soon have a smoother path through traffic when heading to emergencies, after Ford and Vodafone confirmed they are testing a system the will alert drivers to incidents.

Called eCall Plus, the system is a refinement of the eCall system which automatically alerts emergency services if a car is involved in a serious accident.

eCall Plus has many improved features when compared to eCall. Its designers picture a scenario where car infotainment systems will be used to warn drivers of an incident, like a crash, up to 500 meters ahead. It will also inform them of the approach of emergency services, and instruct them to move to a specific side of the road.

This would result in the creation of an “emergency corridor” that rescue vehicles can use to travel down, eliminating the need for paramedics, police officers and fire-fighters to weave in and out of traffic.

Countries which have laws related to emergency corridors generally specify that in the case of dual carriageways, such corridors should be created in the middle of the two lanes. When a study related to this was conducted in Germany, it was found that almost 50 per cent of drivers had no idea how to create an emergency corridor.

Commenting on the new technology, Gunnar Herrmann, Ford’s German CEO, said the company has a longstanding history when it comes to testing vehicle to traffic infrastructure and vehicle to vehicle communications, both of which can play a significant role in enhancing road safety and efficiency. Hannes Ametsreiter, CEO of Vodafone Germany said the “digital revolution” has the potential to “help save lives on our roads”.

Ford is developing the new system as part of KoMoD (Kooperative Mobilität im digitalen Testfeld Düsseldorf), a Euro 15 million German program that was designed with the goal of exploring autonomous vehicles, connected car technologies and “the interplay of several driver assistance functions in real driving situations”.

It might take a few years to implement eCall Plus, but it has been mandatory from April 2018 for all new cars that are sold in Europe to be fitted with eCall. eCall not only alerts emergency services about an incident, but also informs authorities about the precise location of the vehicle, the kind of fuel it uses and the direction in which it was travelling when it crashed.

It is estimated that eCall can help cut emergency response times by up to 50 per cent in the countryside, and by upto 60 per cent in built-up areas. The system also comes with an SOS button, that makes it possible for drivers to summon help manually.