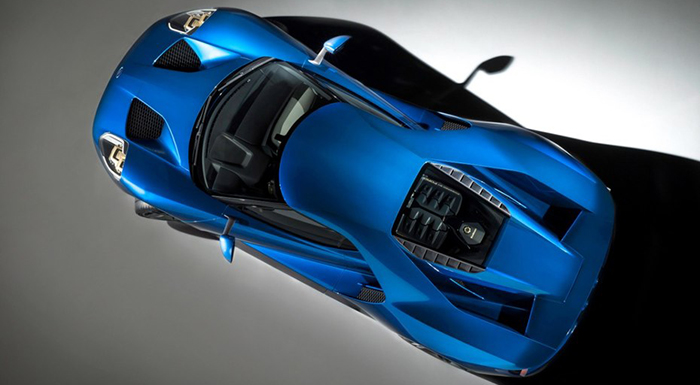 In a vision to boost the car’s handling and performance without compromising safety, Ford and Corning have collaborated in the integration of a lightweight hybrid windshield technology, which will reportedly be featured in the sporty Ford GT supercar. The three-piece safety glass integrates Corning’s existing Gorilla Glass, which is usually associated with mobile device screens.

The second-generation edition of the Ford GT is slated to launch at the highly anticipated North American International Auto Show next month. Since its premiere, it has drawn much attention from automotive aficionados as the newest and greatest supercar to come from Detroit.

Apart from meeting all safety requirements, the Gorilla Glass composite is also designed to cut a huge amount of weight to help boost the GT’s handling and performance. The glass is a replacement to a conventional multi-paned windscreen with a three-layer structure called “hybrid window”, comprising a pane of hardened automotive glass, an annealed glass outer layer, and a noise-absorbing thermoplastic interlayer. This offers a weight savings of around 30 percent over standard annealed glass sandwiches.

In the case of the Ford GT, replacing the rear engine cover glass and windshield with Gorilla Glass means around 12 lb (5.5 kg) of weight shed from the vehicle. This weight is taken from the car’s total weight, and is eliminated from the area over the car’s center of gravity. Weight loss suggests better acceleration while the lowered center of gravity implies better handling.

The newly developed glass is based on Corning’s Gorilla Glass for electronic devices, which was unveiled in 2007. For automotive use, this glass is between 25 and 50 percent thinner, depending on application, than standard automotive glass. It boasts equal or greater strength, and similar impact properties. Standard automotive glass ranges from four to six millimeters in thickness, whereas Gorilla Glass ranges from only three to four.

Ford carried out testing on the new glass that included jolting driving conditions, stone impacts, and certain projectile and wind tunnel tests for weather and temperature changes. According to the American automaker, the glass may soon find its way to other vehicles in their lineup.