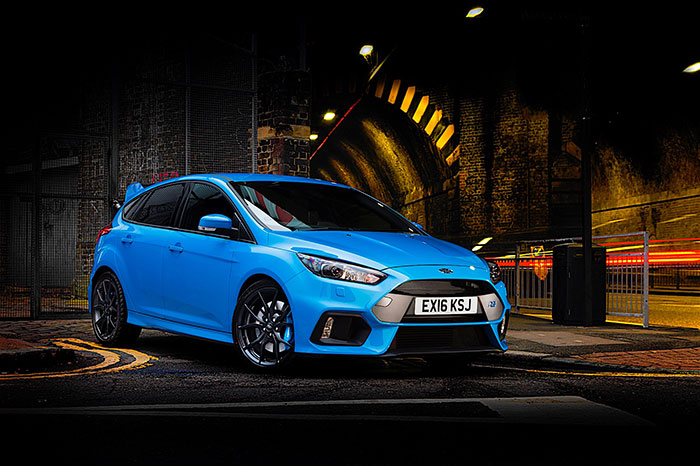 The release of the Ford Focus RS has sent ripples through the automotive community with the mid-size vehicle being positioned as a performance hatchback that means business. The car is also extremely attractive to tuners who seek to coax more power from its already impressive engine. In the past, tuning or performance modification would automatically void the manufacturer’s warranty. However, tuning specialist Mountune is now the approved tuner for the Ford Motor Company and has created a custom kit for the Focus RS that greatly improves the car’s performance without any adverse impact to the warranty.

Mountune has a long and storied reputation as a high-performance engine manufacturing and tuning company, having tuned racing cars for several racing and rally championships including the World Rally Championship, Formula Ford, F2 and the British Touring Car Championship as well as the World RX.

The approved kit, designed by Mountune in collaboration with Ford Performance, delivers an additional 25 horsepower and 30 ft-lb of torque, enough to give the Focus RS that extra zing. It achieves this through a performance intake system, a new compressor bypass valve, and a complete retuning of the engine management system. Mountune states that these performance upgrades have resulted in a timing of 4.5 seconds from 0-62 mph, while the kit itself can be installed by a Focus RS dealer in less than 2 hours. The kit is currently under approval for test requirements for various regions in the United States but is offered in other countries. With key components of Ford Focus RS kit currently available on Mountune’s online store, the enhancement also comes with a special that shows off the performance tuning of the car.