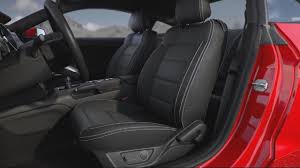 Ford Motor Co. has filed a patent application for a process that could help eliminate the  smell of a new car after it has been purchased. This process would be particularly useful in China, which is the largest automotive market in the world. While many of us enjoy the smell of a new car, possibly because it is linked to the pleasure of ownership, consumers in China say they hate the new car smell. Consumer feedback from Chinese buyers has consistently revealed that they dislike the new car smell and over 10 per cent of drivers actually complained about the issue, according to the 2018 J.D. Power China Initial Quality Study. Chinese consumers rated this as a more serious issue than performance or even safety when it came to buying or not buying a new car.

To counter this, in July 2017, Ford recruited 18 smell testers for its research labs in China. Labelled ‘Golden Noses,’ they were tasked with ensuring that new cars don’t smell bad. They had to assess the odor of every item in the car, from the floor carpets to the steering wheel, and had to reject anything that they felt might offend a Chinese buyer.

According to the patent application, the new car smell is caused by volatile organic compounds which are given off by the leather, plastic and vinyl used in the car as well as compounds which might be used to attach and seal car parts.

The process involves parking the car in the sun, opening the windows slightly, and optionally turning the engine, heater and fan on. The process involves the use of special software and multiple air quality sensors, and it works only when fitted to a driverless or semi-autonomous vehicle.

A lot of technology is involved in the process as the car has to determine whether conditions are right to expel compounds, and the car would drive itself to a place in the sun and bake away the offensive odor. Ford did not divulge any further details.

“While ‘new car smell’ is ingrained in American culture, we know Chinese customers dislike that scent. This patent is the result of years of research and is just one idea we are considering for future use,” said Debbie Mielewski, senior technical leader in materials sustainability at Ford.

The company indicated it had no specific production plans at this time, said Ford spokesman Karl Henkel.