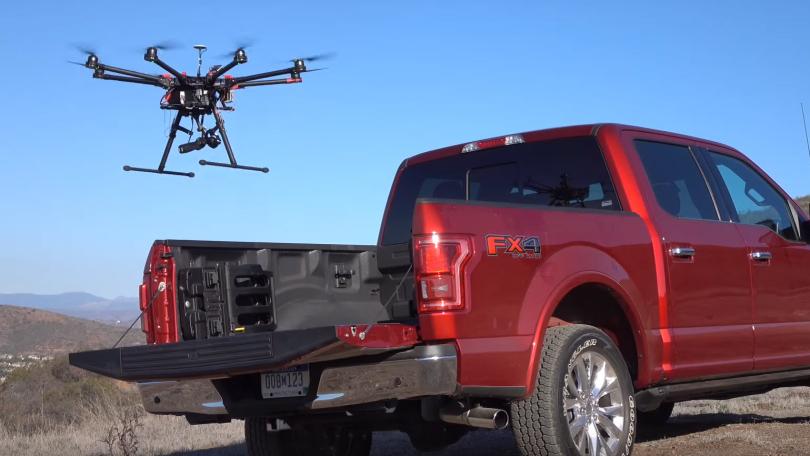 Sensors play a key role in the smooth operation of autonomous cars. Such vehicles depend on sensors to get a correct idea about what lies ahead of the vehicle and failure of the vehicles will make it difficult for the vehicle to proceed. Ford has just filed a patent for a drone that could be used for temporarily supplementing the sensors in an autonomous vehicle in case they fail.

Hypothetically, when the sensors in an autonomous vehicle fail, the car would automatically detect that the sensors are malfunctioning and use its vehicle-to-vehicle network to summon such a specialized drone. This drone could land on an autonomous vehicle after flying to the location where the car is and then interface its own sensors with the those of the vehicle so that it replaces built-in system which has failed. The car would then be directed to the nearest repair center where the problem could be diagnosed and repaired after which the drone would return to its home base.

The concept sounds like it belongs in science fiction but it might not be long before we are regularly using such technology. Drones already have their own inbuilt sensors so that they can operate autonomously. So, the technology for such a concept is not very different from what is already available in sophisticated drones. If these sensors are programmed correctly, it might not be difficult for an autonomous vehicle to use the sensors of the rescue drone for a while.

Such an idea might not turn out to be feasible, but the idea does have merit when you consider the alternative of being stranded in an autonomous vehicle with sensors that have failed.