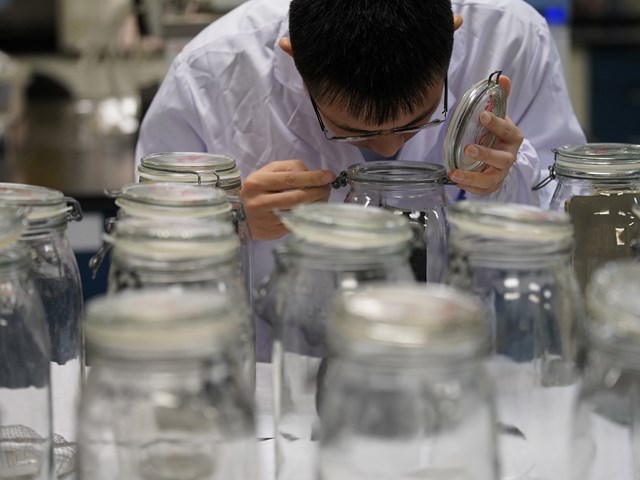 Ford is Only Automotive Company with Dedicated Team of Fragrance Experts

How important is the smell of a new car when it comes to the purchase decision? Very important, if Ford, which is the only automotive company with a dedicated team of fragrance experts has anything to say about this. The team spends their workdays focusing on getting the new car smell just right.

According to a study conducted by the AAA Foundation on Traffic Safety in 2016, people in the United States spend 293.33 hours in their cars every year. When it comes to UK, a report by Inrix based on real-time traffic information and analytics said that in their lifetime, drivers in London spend more than six months in traffic jams, while those in other parts of the country spent an average of 30 hours in traffic jams in 2016. A survey conducted by Ford in India in 2015 found that Indians spent more time driving than people in China, Thailand, Australia and Philippines, with 49 per cent of the respondents in the survey saying that they spent 12 or more on a weekly basis in their vehicles.

In view of the amount of time we spend in our vehicles, commuting to work, dropping the kids to school and going on weekend trips, the ambience inside the vehicle is quite important.

The way a new car smells can either stop us from buying a particular the car or confirm our decision to proceed with the purchase. Many people take to the way the leather interiors smell or the smell of the polish or the wax used.

According to a J.D. Power 2016 China Initial Quality Study, for the second year in a row, the most common issue was an unpleasant smell in the interiors, particular in view of the high levels of smog and indoor pollution in Chinese cities. This is why Ford set up its first odor factory in 2008 in Nanjing, China. Ford also has odor factories in Europe and China with teams of ‘super smellers’ who are called odor engineers. The Chinese factory has 18 such super smellers who conduct approximately 300 odor tests on car materials and components that are used for production of vehicles sold in the Asia Pacific market.

These “odor engineers’ are picked from company staff based on their sense of smell. They are put through rigorous smell tests to judge samples in 16 jars and are not allowed to wear perfume, use shampoos and nail polishes, smoke or wear leather jackets. The super smellers are expected to retake the test and take several other smaller tests every year to ensure that their noses are as sharp as ever.