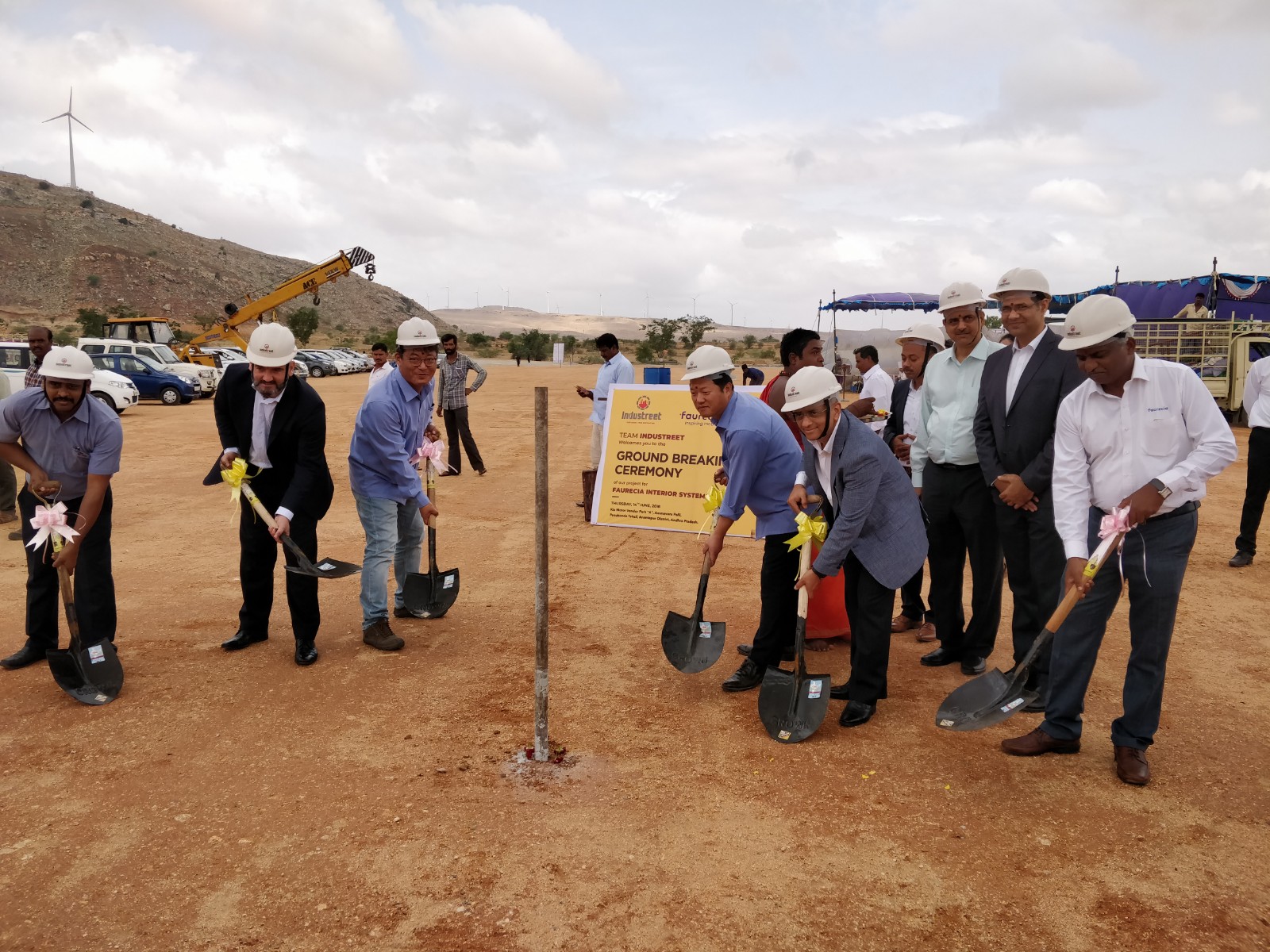 Faurecia, which specializes in automotive components and seating recently broke ground for a new plant in India. On June 15, the company’s Interior Systems division laid the foundation stone for a new factory which is located within the supplier park of Kia Motors at Ammavaru Palli, Penukonda Tensil, Anantpur district in Andhra Pradesh.

Once the construction of the plant is completed, Faurecia Interior Systems will use the plant for the production of injection molding and assembly of parts. It will supply over 1,000 instrument panels every day to Hyundai Mobis, which is engaged in making vehicle cockpits for Kia Motors India.

The plant is expected to become operational by the third quarter of 2019, with the plant expected to become ready within a short period of six months. The factory is located on a 12 acre site and will cover an area of 15,000 square meters. Faurecia will be investing an amount of USD 7.345 million in the plant, which is expected to create 400 jobs once it starts production.

Kia Motors is going full steam ahead with operations in India. The company has already completed the structure for its new factory in which it has invested over USD 1 billion in the Anantapur district of Andhra Pradesh. The factory covers an area of 23 million square feet and will have the capacity to make 300,000 cars every year while employing 3,000 people once t is up and running. Construction of the facility began mid-2017.

Commenting on the new plant, Faurecia Interiors India vice-president (interiors IJKT division) Luis Navarro-Llacer said that India is the fourth biggest automotive market and will serve as the ideal base for the development of Faurecia’s global business.

He added that the new facility would provide near-term capacity improvements and reinforces Faurecia’s commitment to India’s automotive OEM segment.

Faurecia has maintained a presence in India from 2004, and has two technical centers and 11 production facilities spread across the country with customers like Ford, Maruti-Suzuki, Toyota, Tata and Volkswagen.