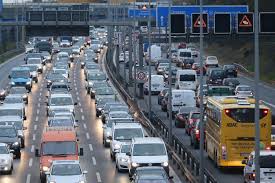 The members of the European parliament have approved a plan to reduce carbon dioxide emissions from cars and vans in the continent by 40 percent by 2030, according a Reuters report. An overwhelming majority of the members of the parliament (389 to 239) voted in favor of the new plan and it is a part of the new plan to reduce the CO2 emissions by at least 20 per cent by 2025.

The only sector in which CO2 emissions are still rising is transportation. In the last decade, during the period from 2008 to 2018, the number of cars in Germany alone increased significantly from 41 million to 46 million. Now, the automotive manufacturers need to focus on achieving these targets by using more fuel-efficient technologies, and selling considerably more zero- and low-emissions vehicles. They will face heavy fines if they fail to meet the targets and exceed the CO2 limits.

Miriam Dalli from Malta, who helmed the vote regarding the law in the European parliament said that the continent would miss its Paris Climate Change targets if it failed to produce clean cars within a reasonable time frame. The automotive industry has argued that such a plan would have an adverse effect on jobs and affordability.

“The European Parliament is setting completely unrealistic targets,” Bernhard Mattes, president of the German automotive association, VDA, said in an interview to Reuters.
Mattes felt that the targets were not technically or economically feasible and it is not practically possible to achieve them within such a short period.