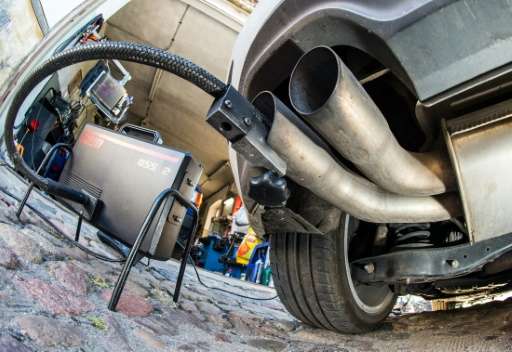 Recent European data has revealed that emissions from diesel-powered cars are 10 times more toxic than those from trucks and buses. A report prepared by the International Council on Clean Transportation (ICCT), research group which played a key role in exposing VW’s dodgy attempts to evade emission norms in the United States, compared the emissions from diesel cars in real world driving conditions against those from trucks and buses.

In the EU, emission tests for cars are done through lab tests on prototype vehicles while mobile testing devices became mandatory for trucks and buses in 2013. Randomly selected trucks and buses can be tested any time under real-world conditions, according to Peter Mock, managing director of ICCT in Europe.

The data from ICCT reveals that there is a big difference in the emission of nitrogen oxides (NOx) between cars and larger vehicles due to the stricter testing procedures and emission norms for trucks and buses. The researchers who worked on the new report based on the EU data say that these same strict measures must be applied to cars.

ICCT found when testing heavy-duty vehicles in Germany and Finland that they emitted about 210mg NOx per kilometre driven, which is less than half the 500mg/km emitted by modern diesel cars which confirm to the highest “Euro 6” emission norms. Nevertheless, in view of the fact that buses and trucks have larger engines and burn more diesel per kilometer, the cars actually produce 10 times more NOx per liter of fuel.

ICCT’s analysis indicated that manufacturers ensured heavy duty vehicles adhered to pollution limits while they were on the road, but that emissions from cars soar once in the real world.

NOx pollution is the main culprit when it came to tens of thousands of early deaths across Europe and most of these NOx emissions originate from diesel cars. These diesel cars emit about six times more noxious gases while they are on the road than when they are tested officially in the lab. There are plans to toughen the emission norms for cars in the wake of the Volkswagen “dieselgate” scandal and these changes are due to start in September. Mobile devices known as Portable Emissions Measurement Systems (PEMS) will be attached to vehicles in real world driving tests. Nevertheless, manufacturers will still have the option of choosing special prototype cars for emissions testing. This has led to concern about how far the new norms would be effective.

In 2015, it was revealed that some diesel cars emitted almost four times more NOx pollution than buses did. One of the lead negotiators with regard to EU’s law on air quality and Liberal Democrat MEP, Catherine Bearder, said that it was highly disgraceful that in spite of the cheap cost and ready availability of technology to reduce noxious emissions, automotive manufacturers have failed to reduce deadly emissions. In the case of heavy vehicles, stricter EU tests have been in place from 2011 and this has led to a dramatic decrease in NOx emissions from such vehicles. She said, “If buses and trucks can comply with these limits, there’s no reason cars can’t as well.”