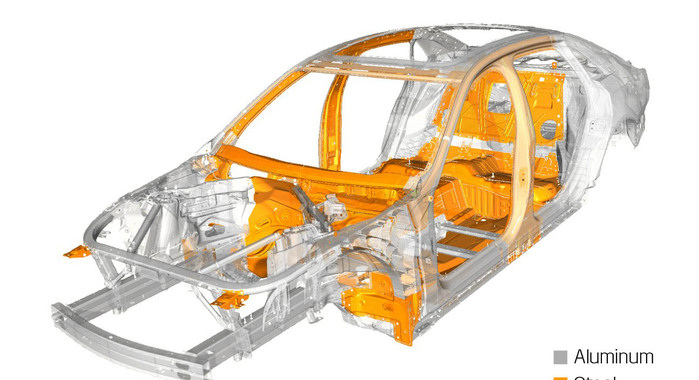 Entries Accepted for Alistair 2017 Enlighten Award till May 26

Reducing the weight of vehicles in the interest of fuel economy and sustainability has become an issue of growing concern for automotive manufacturers. The Alistair Enlighten Award is the only award in the industry that acknowledges the achievements companies have made with regard to reducing the weight of the vehicles.

The 2016 award went to Cadillac for using multi-disciplinary optimization techniques to reduce the weight of the CT6 by 99 kg when compared to a vehicle that mainly uses.

The Enlighten Awards have been given jointly by Altair and Center for Automotive Research (CAR) for the past four years. Companies can send in their nominations till May 26 for the award and the winners will announced on July 31, 2017 at the 52nd annual CAR Management Briefing Seminars (MBS), which will be held in Traverse City, Michigan. The awards will be given in two categories: full vehicle and module.

The full vehicle award will be given for exceptional achievement when it comes to reducing the weight of an entire vehicle. Past winners of the award in this category include General Motors, Ford Motor Company and Jaguar Land Rover. The module award is given for use of innovative techniques, materials and designs to reduce the weight of a subsystem or component like a lightweight material or a new joining technology. Generally suppliers emerge as the winners in this category and past winners include ContiTech and BASF.

Commenting on the award, Richard Yen, vice-president, Global Automotive at Altair  said that the Enlighten Award has become highly successful since it was instituted four years ago. He expects the technologies and designs submitted in 2017 to be as innovative as ever.

Manufacturers and suppliers interested in sending in nominations or learning more about the award process can visit alistairenlighten.com/award.  All the designs submitted for the awards must be implemented on a production vehicle produced between August 2014 and August 2017.  Nominations have to be sent in before May 26, 2017, and the final judging will take place in June 2017.

Dr Jay Baron, president and CEO at the Center for Automotive Research said, “Leaders in the automotive industry are making exciting advancements in new approaches to automotive engineering and design contributing to further reductions in weight, fuel consumption, and emissions for light-duty vehicles, and over the last four years we’ve received many nominations demonstrating these innovations.

The Enlighten Award is meant to foster a spirit of innovation in the automotive industry and encourage OEMs and suppliers to continually strive for improvement.