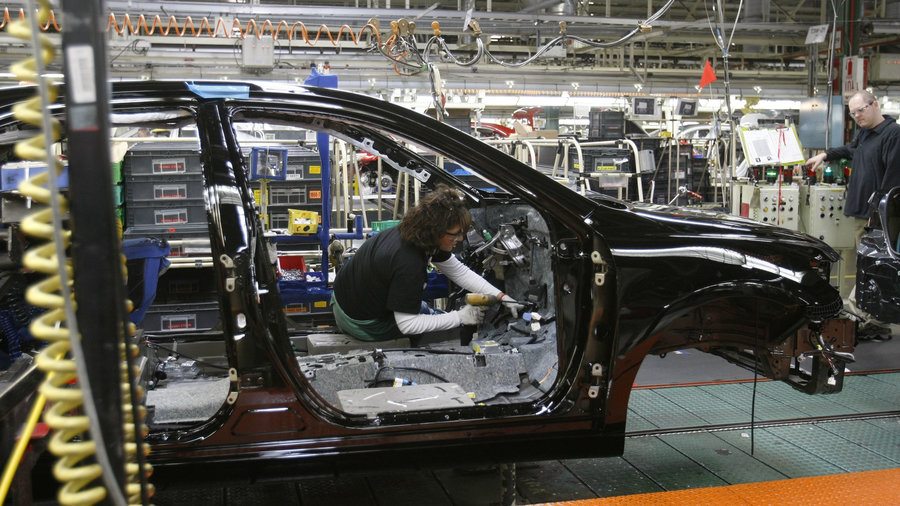 Toyota Announces Record Investment of USD1.33 Billion in US Plant

Toyota Motor Corporation has announced that the company would be making a massive investment to the tune of USD 1.33 billion in its facility in Kentucky. This is the second largest investment in the state’s history and the highest ever made by an automotive manufacturer. The Kentucky factory would also become the first plant in North America to make vehicles using the Toyota New Global Architecture (TNGA). Toyota New Global Architecture is all about making vehicles that are more responsive, more fuel-efficient and provide customers with a more stable, comfortable ride. It is expected to facilitate a more flexible production environment and to shorten the development cycle for vehicle modifications and for making new models.

According to Jim Lentz, CEO of Toyota Motor North America, the investment is part of the company’s plan to invest a total amount of USD 10 billion dollars in the United States over the next five years. Over the past 60 years, Toyota has invested USD 22 billion in the United States.

The investment will be used to make TNGA improvements and revamp the plant to modernize and streamline the production process. That will cover updating equipment and the construction of an all-new paint shop.

Speaking about the planned investment, Wil James, president, Toyota Motor Manufacturing, Kentucky, Inc. (TMMK) said that this is the largest investment in the history of the plant. He added, “It speaks directly to the quality of our people and our products, as well as the partnerships we’ve forged in the local community and across the state. This major overhaul will enable the plant to stay flexible and competitive, further cementing our presence in Kentucky.”

Toyota Kentucky is the Toyota’s largest manufacturing facility on a global basis with a workforce of 8,200 team members. Recently, the plant had recruited over 700 new employees to support the upcoming launch of the 2018 Camry.