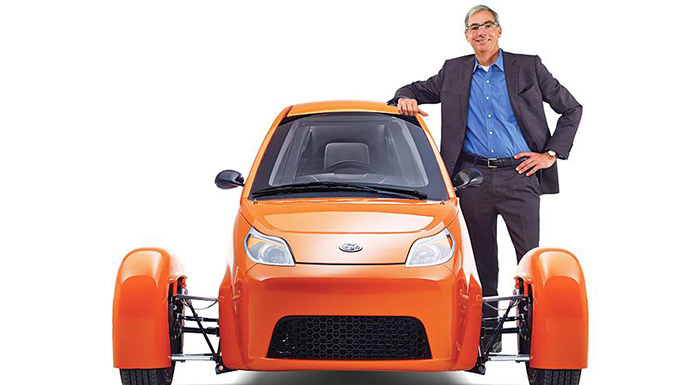 Elio Motors, the burgeoning automaker mulling to roll out a $7,000 three-wheeled vehicle that will get up to a claimed 84 mpg, has recently penned a Letter of Intent with Linamar Corp., a powertrain development and production company.

As per the agreement terms, the two companies will team up for the production of Elio motors for Elio, as well as for engines for global use in the automotive, industrial and marine sectors outside of the USA. Elio claims that the 0.9-liter, 3-cylinder engine, which it developed with partner IAV, could have applications beyond its initial vehicle.

In a statement, Elio Motors founder and CEO Paul Elio said that Elio Motors has developed an engine with a rare combination of power and fuel efficiency that could have huge market potential beyond powering the Elio. He added that Linamar would use its global presence and access to international manufacturers in automotive, industrial, and marine markets to determine other uses for their engine and open up potential extra revenue for their company.

Linamar will also serve as a component and subsystem supplier for Elio Motors’ other chassis and driveline systems in North America. They will work closely with Elio Motors to create engine production capabilities at the Elio Motors’ assembly facility in Louisiana to support the high-volume production of the Elio engine.

According to Linda Hasenfratz, CEO of Linamar, they are thrilled about collaborating with Elio on this critical engine project. “Not only does this give us great penetration into ultra-high mileage vehicles, it also gives us a chance to sell this highly efficient engine to a variety of markets and customers.”

In a statement, Gino Raffin, Vice President of Manufacturing of Elio Motors, commented that Elio Motors is the first start-up automaker to develop its very own internal combustion engine in the automotive industry in over 60 years. “We’re looking forward to working with Linamar to manufacture the engine in our Shreveport facility as we move it toward commercial production.”

The automaker’s first production site will be in Shreveport, Louisiana. It has fallen behind its original plan to kick off production in 2014 and said last month that it has completed final engineering for the car.