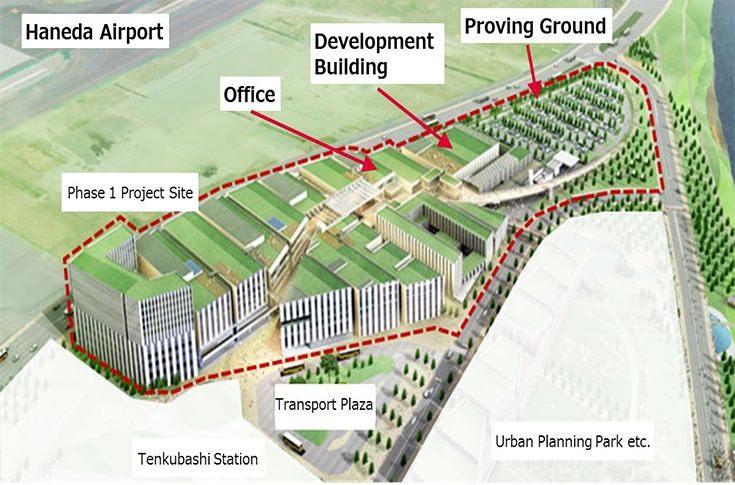 Denso Corporation has announced plans to set up a new facility at Haneda Airport in Tokyo to develop and test automated driving technologies. It expects the new facility to be operational by June 2020. The new testing facility will comprise a building and proving ground for mobility systems R&D and will play a key role in advancing Denso’s global efforts to create a safer and more sustainable future for all.

The facility will be located on a site that is part of the Haneda Airport Unused Land Zone 1 Redevelopment Project, which is a broader initiative led by Tokyo’s Ota City. Denso and other companies have been encouraged to transform this underutilized space at the airport into a hub for leading-edge technology development and mixed-use cultural facilities.

Back in April this year, Denso had set up its global R&D Tokyo facility. This is an automated driving R&D office which is located near Shinagawa Station in Minato City, Tokyo, and will promote collaboration and open innovation with its development partners, who include automotive manufacturers, academic and research institutes and startups. The new testing facility will comprise a building for the development of prototypes and to maintain test vehicles, as well as a proving ground that will be used to conduct live, in-vehicle tests. Thus, Denso will be able to take an integrated approach to the development of automated driving in Tokyo as it can use the new facility at Haneda Airport to develop and test prototypes which are developed as the outcome of automated driving technology which is planned, researched and developed by global R&D Tokyo in Shinagawa.

The Haneda area has been designated by the Japanese government as a ‘National Strategic Special Zone’, where a regulatory sandbox system has been implemented. Here, there is a controlled environment free from the control of existing regulations in which a limited number of project participants can conduct tests to verify their innovations including new technologies for a limited period of time. Thus, they can conduct field tests of advanced mobility technologies on public roads, including automated driving. The Haneda area in Ota City is meant to become a hotbed for developers, startups and manufacturers of new-age technologies and applications for a wide range of use.

Denso will utilize the National Strategic Special Zone system and work with manufacturers in Ota City to develop and test prototypes more seamlessly and speed development of automated driving technology.