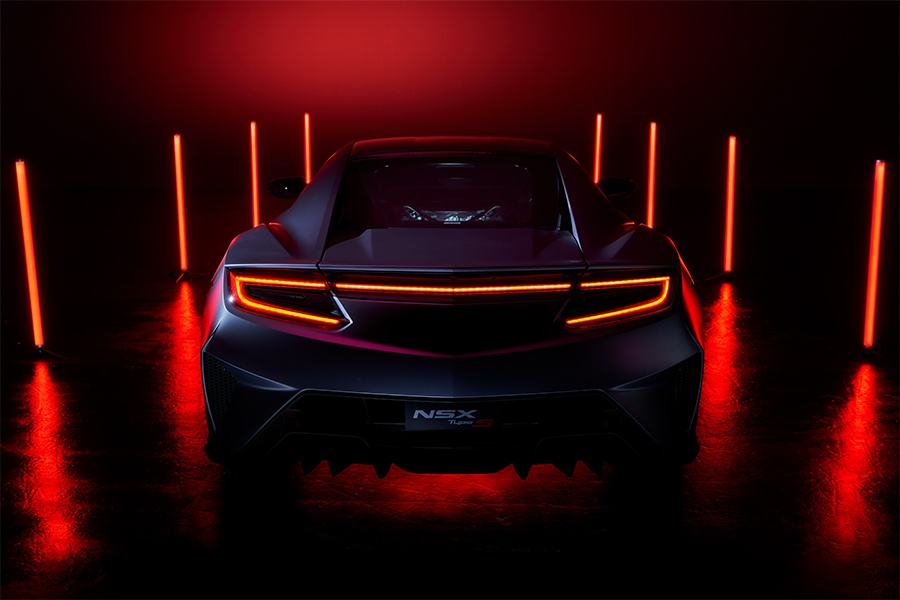 Honda Motor Co., Ltd. today released initial information on the new limited production NSX Type S, which is scheduled to be officially introduced before the end of the month.

Striving to be a model with outstanding dynamic performance, yet that anyone can be comfortable driving, the second-generation NSX was introduced in August 2016, inheriting the “human-centered supercar” concept put forward by the first-generation NSX. Moreover, the second-generation NSX proposes a “New Sports eXperience,” made possible by this new-era supercar which features three-motor Sport Hybrid SH-AWD®, an original Honda electrification technology, and realizes high-level responsiveness and handling performance, not possible with an engine alone.

The new NSX Type S will be the final model of the second-generation NSX, and the development team pursued enhancements to performance and design with the goal to create a model that goes beyond all NSX models that came before.

NSX represents the challenges Honda took on while advancing itself with the times.

NSX represents the challenges Honda took on in creating cars and other products desired by people of the times. NSX has provided super sports experiences customers can enjoy in a broad range of driving situations including daily commuting, driving on winding roads and sports driving on a racing circuit. Moreover, NSX has played a role in the Honda/Acura brand by making a significant contribution to motorsports activities as well.

The first-generation NSX, which went on sale in 1990, realized a significant weight reduction by adopting an all-aluminum monocoque body, a world’s first for mass-production vehicles. As a new-generation midship sportscar that brought together state-of-the-art technologies of the time and achieved both excellent dynamic performance and ease of driving at a high level, the first-generation NSX was well received by customers around the world.

While holding firm to the concept of “human-centered supercar” inherited from the first-generation NSX and adopting Honda’s original and advanced electrification technologies, the second-generation NSX was developed and introduced in 2016 to provide more customers with the “joy of driving” generated by a sense of oneness between the driver and vehicle. Moreover, NSX has been supplied globally from the Performance Manufacturing Center in the U.S., which realized harmony between the craftmanship of skilled engineers and innovative advanced production technologies.

Inheriting the Challenging Spirit – New challenge toward a new era.

By leveraging human resources and technologies amassed through the development and advancement of NSX in creating cars and other products in the future, Honda will continue to take on new challenges to continue offing the “joy of driving” to its customers with electrified and new-value mobility products yet to be created.