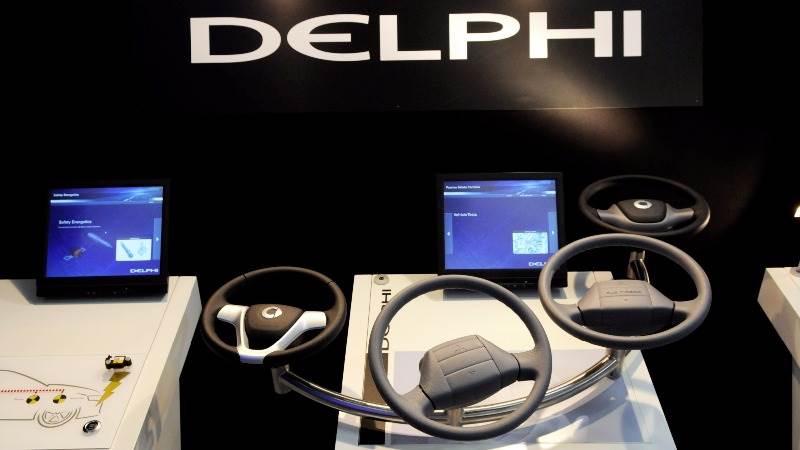 Delphi Automotive had announced back in May that it would be spinning off its powertrain division in order to focus better on the division that deals with future technologies like automated driving. Now Delphi has announced that it would be renaming its automated driving business as Aptiv to reflect its focus on keeping up with future technologies. The announcement of the renaming was made at an event for investors. The newly renamed division will deal with electric architecture and autonomous driving-focused technologies. The powertrain division will retain the Delphi name and will be called as Delphi Technologies.

Commenting on the renaming, Delphi CEO Kevin Clark, who will be the CEO of Aptiv said that the neames of the two divisions will reflect their independent identities, visions and directions. The name ‘Aptiv’ stands for knowledge, adaptiveness and drive, and the ability to envision the future, and make it real.

Aptiv will be spun off as a separate entity by March and will focus on components that make up the “brain” and “nervous system” of vehicles like their electrical architecture, active safety systems, connected services and the software required for automated driving.

Glen De Vos, Delphi’s chief technology officer, who will take on the same role at Aptiv, said that the separation of the two divisions will allow them to move faster when it comes to emerging technologies.

He said, “If you stay where you are, you’re going to get marginalized. We want to be creating value in software, and this change, we think, is the most effective way to set the stage to do that.”

Delphi is involved in a partnership with BMW, Intel, Continental and Fiat Chrysler Automobiles on the development of an automated driving platform. The company is also working on its very own end-to-end autonomous platform, which is slated to be launched in 2019.

Delphi has been betting heavily on connected services. The company acquired over-the-air update software company Movimento in January, and also entered into a strategic partnership with data marketplace startup Otonomo in April.

According to DeVos, Aptiv is all about the transition from the vehicle to the cloud, from hardware to software. This change means that the company’s investments, priorities, market, and even its customers will change significantly.