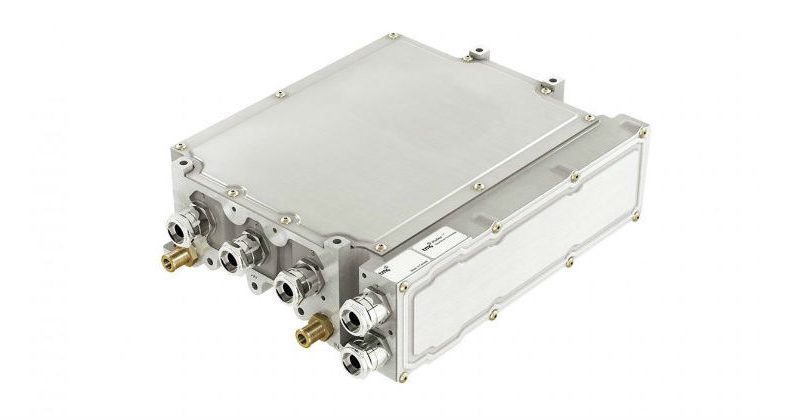 Dana Incorporated showcased its highly efficient silicon carbide (SiC) inverter that it had developed for e-racing at the CTI Berlin show which was held from December 9 to 12.

The Dana TM4 SiC inverter has the capacity to support up to 900 volts, which is a higher voltage level than conventional inverters and this can considerably enhance battery efficiency.

Commenting on the inverter, Christophe Dominiak, chief technology officer for Dana said that the company leveraged over 30 years of expertise in power electronics design to develop the inverter. It continues to be a frontrunner in the development of new and enhanced inverter solutions. Dominiak ,” added that Dana’s silicon-carbide-based technology inverter highlighted its leadership and capabilities in next-generation inverters. These new technologies can play a key role in helping Dana’s customers to achieve their power, range, and efficiency targets in the coming years.

The new inverter was originally developed for the high-performance requirements of racing, and motorsport has served as an arena for Dana to test its technology over the past five years. The Dana TM4 SiC technology inverters can support over 800 volts for passenger cars and 900 volts for race cars. The SiC technology facilitates higher system voltage and enhances the overall system efficiency.

With the capability to increase the switching frequency when compared with traditional inverters technology, the quality of the output current can be improved, and a higher electrical frequency output current can be controlled. This adds highly needed flexibility to the motor design. Another key benefit that the high-switching-frequency inverter offers is that it can deliver equivalent or greater power in a smaller package, while also minimizing energy losses during power conversion, thus improving vehicle efficiency.

The inverter with SiC embedded that Dana showcased at the CTI Berlin show achieves 195 kW per liter, which is almost double the 2025 U.S. Department of Energy target of 100 kW per liter. Thanks to the high-performance properties of the SiC power module, it is possible to reduce the size of the batteries and other critical vehicle components like motors, making it possible for automotive manufacturers to develop vehicles that are more compact and lightweight. Dana TM4 is developing the technology for large-volume production to meet the growing demands for high performance inverters.

In addition to designing a range of inverters, Dana has a wide range of products and system integration competencies that support the automotive industry’s shift toward electrification. As part of its product portfolio, Dana offers motors, inverters, controls and software, as well as thermal management products for batteries and power electronics.

CTI Berlin is a leading international industry event that covering developments in automotive drivetrains and the 2019 edition was held from December 9 to 12 in Berlin, Germany. In addition to SiC inverters, Dana used the event to showcase its range of e-Drive System for low-speed vehicles, passenger cars, and high-performance vehicles.