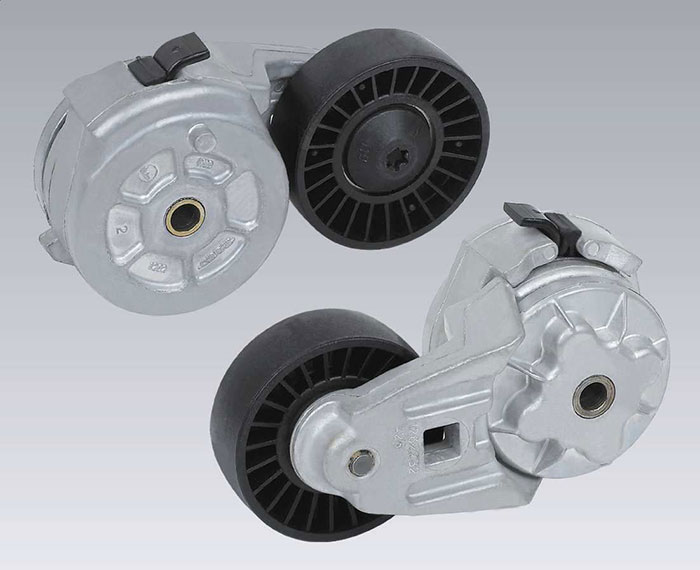 John Bohenick, CEO of Dayco, reiterated that the company’s commitment to supplying superlative products and services has been recognized by the awarding of the SQEP Silver Supplier Certification for two consecutive years. Complementing the efforts of staff at Dayco’s manufacturing unit in the Wujiang Economic Development Zone in Suzhou, China, Bohenick stated that the company’s continued commitment was to design and produce quality products and systems in China. He also expressed thanks to Caterpillar for the recognition of Dayco’s zero-defect philosophy and the use of controlled and innovative processes to achieve superior customer satisfaction through the manufacture and supply of quality products.

Dayco’s Wujiang unit manufacturers timing belts, power transmission belts, idler pulleys and belt tensioners for domestic and foreign use in cars and heavy engineering machines, supplying Caterpillar with these parts for the 1100 series direct injection diesel truck engines and the 1200 series industrial diesel engines. Dayco also provides premier technical support and sales assistance to back up its excellence in process control and the intent to ensure continuous improvements in the quality of products and services to Caterpillar.

Charlie Qiu, President of Dayco, China outlined the company’s strategic focus on improving the durability of its products to meet Caterpillar requirements while optimizing operating costs and minimizing downtime. Emphasizing the commitment to supporting Caterpillar’s exponential growth in China, Qiu stated Dayco’s intent to use its resources from around the world to meet the challenge of producing high-quality goods and services. The company’s presence in China as a belt manufacturer for premier industrial markets began in 2011, producing long-lasting Poly-V belts for industrial use and its own patented timing Belt-in-Oil technology that is more compact and runs quieter than dry running belt systems. A year later, the manufacture of belt tensioners and idler pulleys commenced at an extended facility in Wujiang, consolidating the country’s manufacturing facility as a key contributor to the company’s global strategy. Dayco works with an established and growing list of original equipment manufacturers and distributors.

Dayco’s sustained efforts and process-driven expansion in China resulted in the coveted Silver Supplier Certification from Caterpillar in May 2015. Later that year, the firm’s pulley, dampener, and belt tensioner manufacturing plant in Ivrea, Italy and the bearing cap and pulley manufacturing facility in Manresa, Spain were awarded the prestigious Gold Supplier Certification. This unmatched accomplishment places Dayco among the top manufacturers of engine products and components for commercial and industrial automobiles.