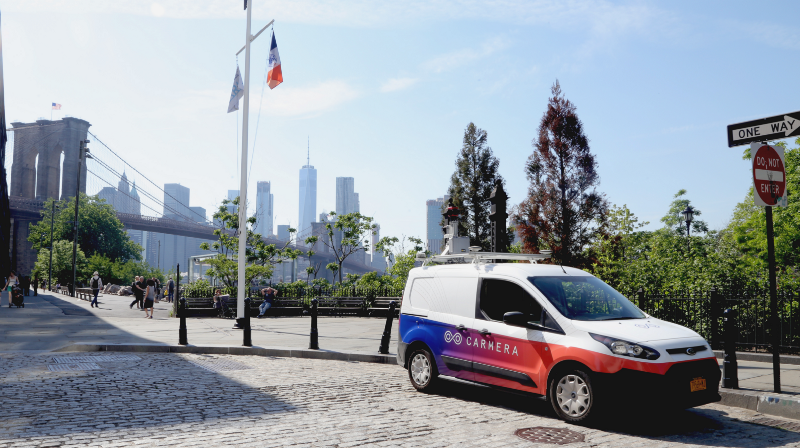 Carmera, which specializes in making real-time 3D maps and navigation-critical data for autonomous vehicles won two awards- one for Best in Show and Startup of the Year at the inaugural Planet M awards ceremony held on the sidelines of the 2018 North American International Auto Show. The awards were given away by Governor Rick Snyder.

Speakign at the awards ceremony, Rick Snyder said that AutoMobili-D, as a premier mobility technology event in the U.S., attracts the best companies in the world to showcase their latest and greatest advancements in mobility. He said that the inaugural PlanetM Awards highlight Michigan’s evolution from motor to mobility epicenter and went on to congratulate CARMERA and all of the 2018 PlanetM Award competitors for their innovative mobility advancements and platforms.

The PlanetM Awards are given jointly by Planet M, the Michigan Economic Development Corporation program, NAIAS and AutoMobili-D. The award is meant to honor companies which develop innovative and mobility-focused platforms and technologies.

Trevor Pawl, group vice president of PlanetM at the MEDC said that for this year’s PlanetM Awards, the jury comprised a diverse group of judges and received a massive number of entries. No one ever imagined that one company would win both the Best in Show and Startup of the Year accolades. He said that this attested to CARMERA’s innovative impact in the market.

CARMERA, was selected for the awards by two separate groups of judges who reviewed an unprecedented amount of awards applications in both the product and startup categories.
CARMERA provides real-time 3D maps and navigation-critical data for autonomous vehicles, as well as 3D scene reconstruction and site analytics data for professionals in the field of architecture, construction, real estate and other built environment segments.

Ro Gupta, CEO for CARMERA said that the company was proud and honored to receive the awards at NAIAS and to celebrate the continuing progress in defining the future of mobility.