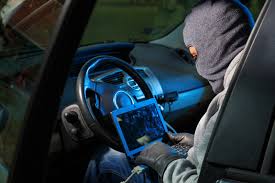 In the new era of mobility, we are increasingly taking to cars that have connected technology and use AI features to some extent. These vehicles might be smarter, but they are also more vulnerable to hacking.
A malicious hacker might even be able to take over full control of our vehicle, endangering the people within or stealing it.

This has prompted Cyber 2 Automotive Security (C2a), a cybersecurity company to announce that it would be making its patented Stamper technology which can be used to protect connected cars from cyber threats available to auto manufacturers and suppliers across the globe through a royalty-free license.

C2a was set up in 2016 and was part of the OurCrowd, Motorola Solutions, and Reliance Industries incubator. According to C2a’s CEO, Michael Dick, Stamper will serve as a revolutionary safety and security layer for the next generation vehicle. As Stamper is just one component of the cybersecurity solution, the company will continue to make money from its other components.

The issue of hacking is a very real threat when it comes to new age vehicles. In 2015, hackers remotely hacked a Jeep and in 2016 hackers took control of a Tesla from 12 miles away. They are coming up with new technologies for hacking on a regular basis.

“Dick said that there have already been several successful hacks for stealing cars.

C2a’s technology can be used to provide connected vehicles with a layer of security that can protect all of the semiconductor chips and processors in the car, and an advanced car will normally have hundreds of such chips. The system is similar to a firewall, and provides multi-network anomaly detection, microprocessor protection, and diagnostics over IP infrastructure.

Dick said that providing its Stamper technology on a royalty-free basis is part of C2a’s drive to help ensure that connected cars and eventually autonomous cars are as safe as possible.