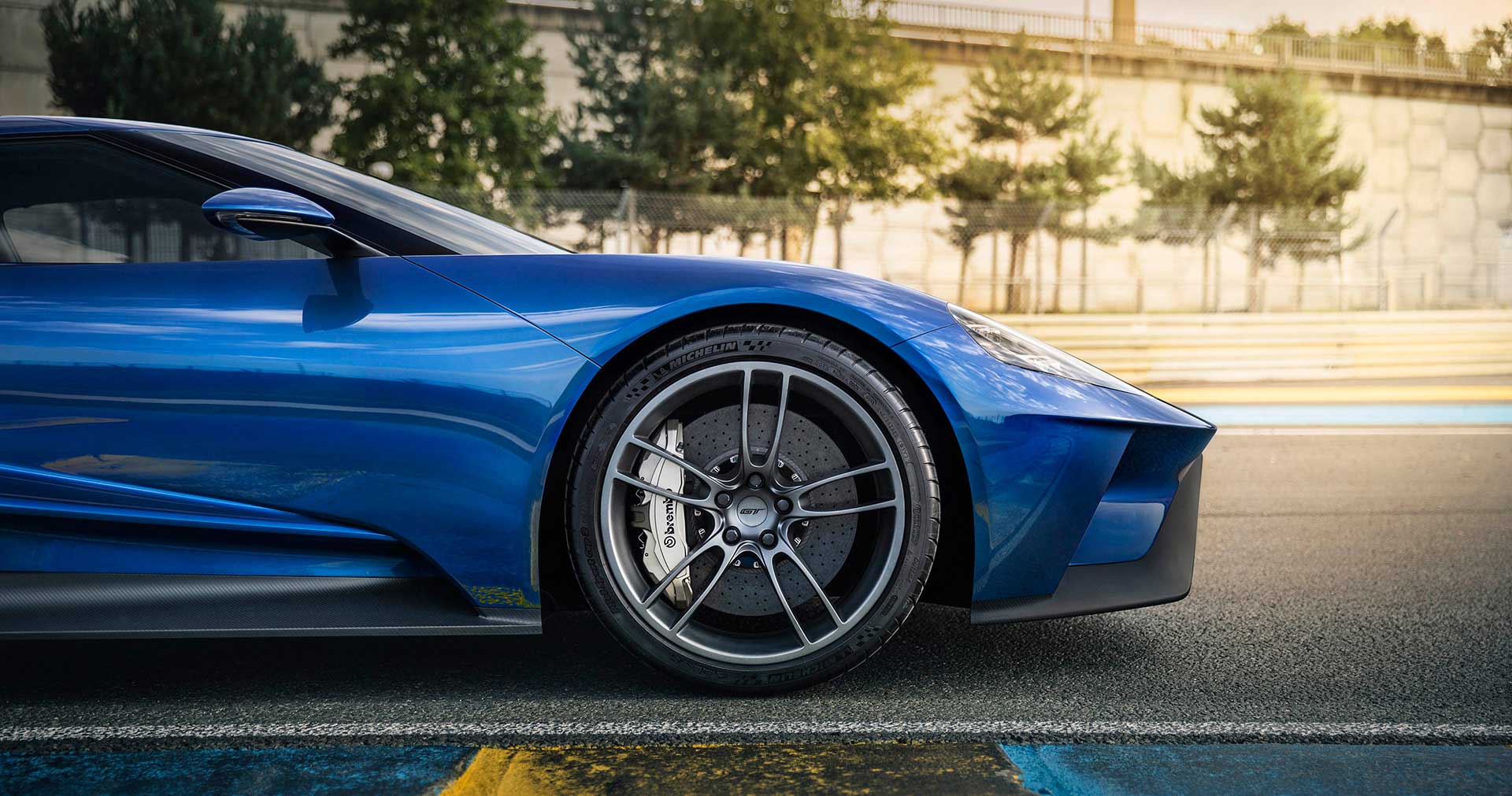 The Ford GT is one of the company’s most iconic models and is positioned as a supercar which provides motorists with the perfect combination of style and performance. For such a unique model, Ford needed a high-performance braking system. Brembo is known for the high-performance braking systems it has developed for both street cars and race cars. Hence, Ford chose Brembo to develop a premier braking system for the GT. Brembo equipped the Ford GT with its award-winning carbon ceramic (CCM) brake rotors having dedicated high performance brake pads on the front and the rear. This system is similar to the braking system Brembo had developed for the Ford GT race cars that won the prestigious 24 Hours of Le Mans race. These CCM discs are very lightweight, and less than half the weight of cast-iron discs. They also exhibit better performance at elevated temperatures. Another distinctive feature of the Ford GT will be its Brembo electro-mechanical parking brake (EPB).

Commenting on the fitment for the Ford GT, Dan Sandberg, president and chief executive officer, Brembo North America said that Brembo was proud to be chosen as the brake for the 647 hp Ford GT. He added that the Brembo had been working closely with the Ford engineering team on the Ford GT race cars and used the knowledge thus gained to design the lightweight braking system for the Ford GT street model. When compared to conventional cast iron braking systems, the two-piece CCM brakes on the Ford GT deliver 50 percent weight savings. In addition to the light weight, they also offer customers a choice of five caliper colors thus providing greater scope for customization.

The five colors are available as an optional upgrade on the Ford GT. Other than the standard anodized black calipers, the four additional shades are Blue, red, Orange and Silver. All calipers sport the well known Brembo logo in Black.

Another distinctive feature of the braking system is the electro-mechanical parking brake (EPB), which is  provided through a lightweight stand-alone black anodized aluminum caliper and is controlled through a software developed by Brembo and embedded in the vehicle’s ESC unit.  The Brembo EPB system functions both automatically and at the touch of a button, eliminating the cables that are normally seen in hand and foot-pedal parking brake systems.