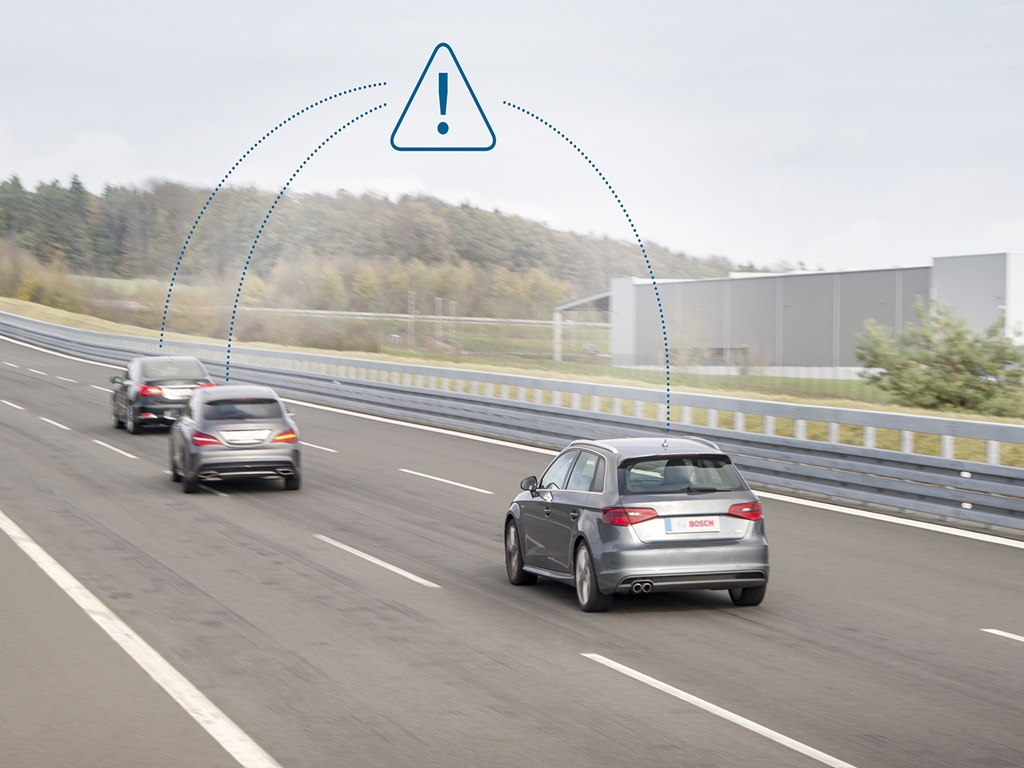 Bosch collaborated with Vodafone and Huawei, the manufacturer of telecommunications equipment in successfully testing cellular-V2X (vehicle to everything) technology. Once this technology becomes operational after the testing stage, it would be possible for a car to communicate with other vehicles and its surroundings using mobile telephon. The tests were conducted in Bavaria.

The three partners have been collaborating from February 2017 on conducting similar trials of this new, high-performance technology and the tests in Bavaria were the first such trials which were conducted in Europe. They used the first 5G modules to conduct the trials on the A9 freeway in Bavaria. The tests demonstrated even driver assistance systems like adaptive cruise control benefit from the direct, instantaneous exchange of information between vehicles.

Until now, the cellular-V2X technology was being used on a real-time alert basis for changing lanes when driving on highways or to get a warning when the car ahead braked suddenly. ACC (adaptive cruise control) not only warns the driver, but also automatically accelerates and brakes.

The new mobile telephony system thus marks another step in the progress towards the achievement of fully automated driving and fully connected traffic where vehicles can communicate with each other and exchange data directly. The vehicles will be able to communicate with each other in order to exchange data on what is happening in areas that are not visible to the driver, like behind the vehicle and over the edge of a hill, or on the highway beside him.

The ACC adaptive cruise control feature is used to maintains a specific speed that is set by the driver and uses a radar sensor to move at a preset distance to the vehicle in front the vehicle with ACC. When a vehicle suddenly cuts in front, it can detect such a vehicle as soon as it enters the radar sensor’s detection range. It is possible to do this much sooner if Cellular-V2X is used by the vehicles to communicate with each other in real-time. Through mobile telephony, connected cars can directly transmit information, such as their position and speed, to all vehicles within a radius of more than 300 meters. This can be done virtually in real time without the use of any intermediate channels via the base stations.