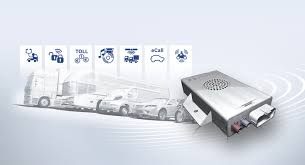 Bosch Says eCall System can be Used in Current Models

Leading automotive supplier, Bosch has said that the company’s new range of automatic ‘emergency call’ system known as eCall can be retrofitted in current models. eCall is a digital first responder that automatically calls emergency services in the event of an accident.

The European Union has made it compulsory for all new vehicles to be fitted with the automatic eCall system from March 31, 2018 onwards. This mandatory requirement means that every vehicle will be equipped with a digital first responder system, which can automatically call for help in an accident.

Dr Dirk Hoheisel, member of the board of management of Robert Bosch GmbH said that use of the automatic eCall system will make it possible for connected vehicles to become lifesavers in case of an accident or a medical emergency.

The new regulations stipulate that all new passenger vehicle models that are sold in the EU market after March 31, 2018 should have an eCall system as a standard feature. A standardized eCall box that has the capability to automatically alert the local emergency services though the number 112, which remains the throughout Europe will be integrated into the cars. The system will make it possible for emergency personnel to reach the scene of an accident with greater speed and precision.

The EU projects that eCall can help save as many as 2,500 lives on an annual basis and reduce the number of people who are seriously injured by 15 percent. Major automakers have already started installing the eCall system in their models without waiting for the rules to come into effect. Major automakers are already providing their customers with the digital lifesaver as part of the navigation system without being required to do so by law. Bosch states its extensive eCall range features telematics solutions and services, and thanks to its telematic eCall plug, even existing vehicles can benefit from the solution.