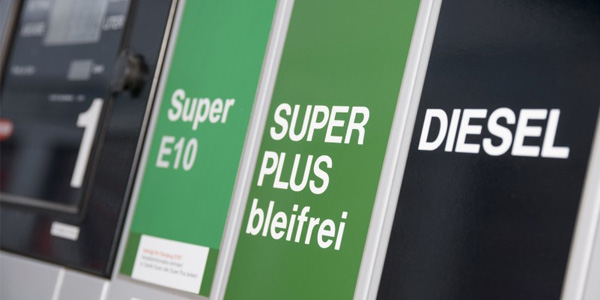 One main issue with vehicles having internal combustion engines is the amount of greenhouse gas emissions they produce and the pollution they cause. Bosch has come up with the concept of carbon neutral engines that could neutralize these emissions by using these emissions as the input from which diesel, petrol and substitute natural gas can be created to run vehicles with the use of electricity from renewable resources. When these synthetic fuels are used, vehicles become carbon neutral.

“Synthetic fuels can make gasoline- and diesel-powered cars carbon-neutral, and thus make a significant contribution to limiting global warming,” said Dr. Volkmar Denner, chairman of the board of management of Robert Bosch GmbH.

In the case of cars in Europe alone, the use of such vehicles in tandem with electrification could save 2.8 trillion kilograms of CO2 by 2050, according to “Roadmap zum defossilisierten Antrieb” by Ulrich Schulmeister, vice president of engineering for Robert Bosch GmbH. That is about three times the level of carbon-dioxide emissions in Germany in 2016.

At the global level, CO2 emissions will have to be cut by half within the next 40 years if the climate targets set by the Paris conference are to be achieved, and they will have to be reduced by a minimum of 85 per cent in developed countries.

Denner said that options in addition to electromobility need to be considered in order to achieve our future climate targets. Even if all vehicles are converted to run on electricity, other modes of transportation like planes, ships and trucks will still run on petrol and diesel. Hence, combustion engines that run on synthetic fuels need to be considered seriously. If they can be designed to burn soot-free, it would significantly reduce the cost of exhaust-gas treatment.

Another key advantage is that if this technology can be developed, we can continue to use the existing network of filling stations. Though the cost of electric cars is slated to decrease in the years to come, Bosch conducted calculations which showed that up to a lifetime mileage of 160,000 kilometers (almost 100,000 miles), the total cost of ownership when it comes to a hybrid running on synthetic fuel versus a long-range electric car would be less, depending on the type of renewable energy used.

From a technical perspective, according to Bosch, it is already possible to manufacture synthetic fuels. If renewables are used to generate electricity, it would be CO2-free and hence carbon-neutral. Hydrogen that is the initial byproduct can be used to power fuel cells, and fuels created following further processing can be used to run combustion engines or aircraft turbines.

Currently, pilot projects are underway to commercialize synthetic diesel, gasoline and gas in Norway and Germany. Since even classic cars can run on synthetic gasoline and current infrastructure can be used for refueling, it would take far less time to achieve a high degree of market penetration.