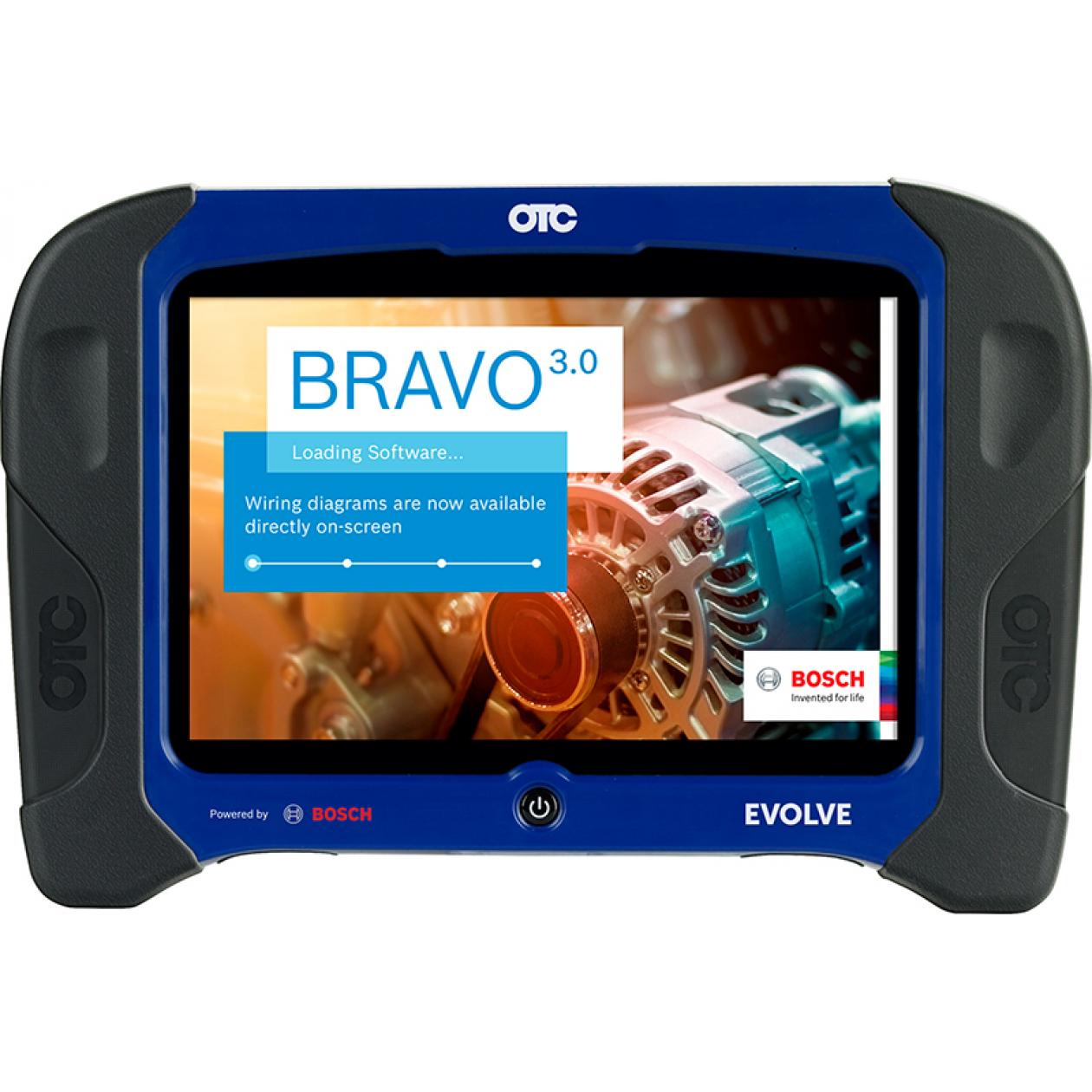 Bosh Automotive Service Solutions has come a long way from the time the German company Robert Bosch GmbH acquired SPX Corp. for USD 1.15 billion in 2012. The company has now become a powerhouse when it comes to the manufacture of automotive components and filed many patents in 2014 and 2015. According to Jim Fish, vice president of innovation for Bosch Automotive, the company has a rich legacy of patents which covers both low-tech and high-tech items including several tools that are highly effective for tasks in the garage. Now, the company is making waves with its new vehicle diagnostic tool, Evolve.

Bosch unveiled the Evolve diagnostic tool on November 1. The device is a 10-inch touch-screen device which works on an Android operating system and can communicate wirelessly with over 25,000 vehicle systems and 58,000 vehicle engine control unit combinations. This device is meant to be used by technicians working in a garage.

For the use of consumers, Bosch has already filed a patent for a diagnostic tool with urgency indicators. In the event that a motorist feels his vehicles has issues, a dongle which is paired with a remote electronic device like a smartphone can be used to check if a vehicle needs repair. Three colors signifying need for attention, caution and urgent are used to communicate whether the vehicle needs to be attended to on a priority basis.

Another field in which Bosch has made a lot of progress is augmented reality applications, with one of the latest patents the company has filed being one for technology to help users “better understand complex issues as they visualize technical information.” This would pertain to things like consumers in a dealership who are considering the purchase of aftermarket accessories being able to use a tablet to see the accessories appear over the vehicle. A service technician could use a tablet or computer and move it over a vehicle to see an accurate depiction of the schematics and diagrams which will change with respect to the location of the computer in relation to the vehicle. This technology can be used by technicians to improve quality, reduce downtime and as well as the assembly time. Some components are barely visible even in bright light and the x-ray vision application of the technology could be used to make these hidden components and assemblies visible without disassembly.

“This world is digitizing quickly,” Fish said. “These shops are becoming software solutions for communicating with the vehicle via the cloud and detecting what could be wrong.”