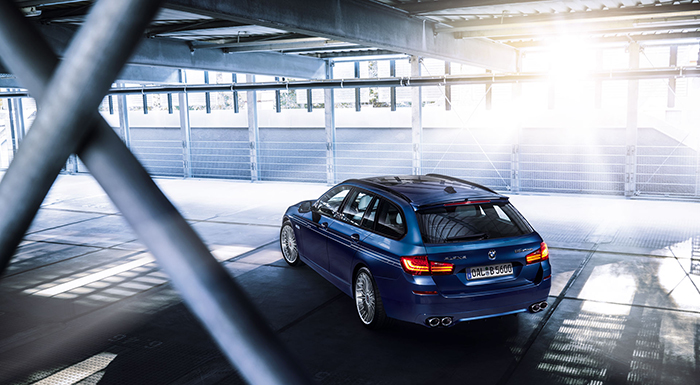 BMW M5 Gets More Power with Alpina B5 Biturbo

In the tuning world, there is no such thing as too powerful. Taking about powerful, BMW’s high performance M5 sedan is already a total powerhouse, but Alpina engineers have decided that there is a market for a more powerful and deluxe 5 Series in the form of the B5 Biturbo.

One of the reasons why Alpina’s additional power does not get converted to a huge improvement in sprint time is down to the gearbox, with the B5 Biturbo avoiding the M5’s dual clutch gearbox for a more traditional eight-speed automatic. The car is also suspected to battle to channel its torque via the rear wheels off the line, but once the driver is on the move, the huge torque figure is not such a problem, proven by the B5’s 204 mph (328 km/h) top speed.

Another good thing about the Alpina B5 is that apart from being impressively powerful, it is also economical, with emission numbers of 221 g/km of CO2 and a fuel efficiency figure of 9.5 L/100 km (25 mpg).

A titanium Akrapovic exhaust is also available for drivers who want to hear their V8. In addition to creating a better soundtrack, the system saves 37 lb (17 kg) compared to the standard setup.

Moreover, the B5 does not just boast a huge, powerful engine. There is also a limited-slip differential fitted as standard and Alpina’s adaptive sports suspension has been upgraded to include active roll stabilization and active dampers. That said, the automaker’s cars have conventionally placed bigger focus on comfort than outright trackday performance.