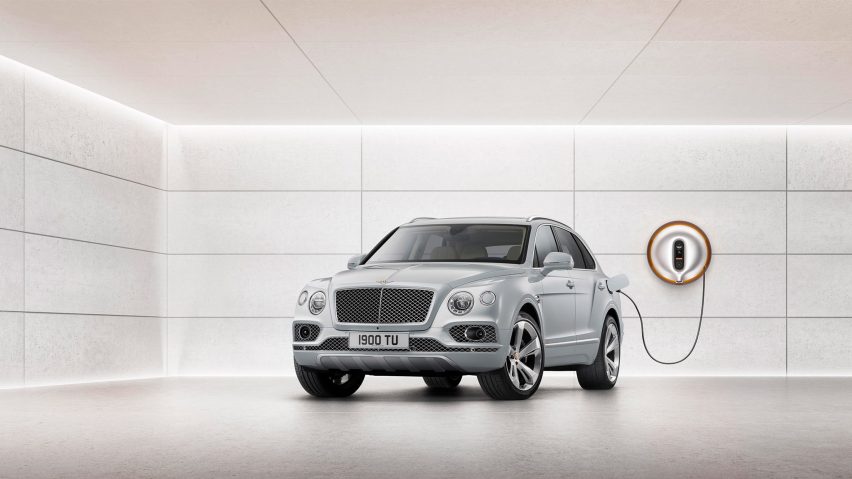 Bentley teamed up with the renowned French designer Philippe Starck to come up with a smart power dock for the new Bentayga Hybrid model it unveiled at the recent Geneva Motor Show.

Called the Starck Power Dock, it can be used to charge up the Bentayga Hybrid, Bentley’s first hybrid model. This is Bentley’s first move to make a model that is environment friendly
Starck, who owns a Bentley himself paid close attention to the design aspect coming up with what he called a “modern art piece” that is also an impressively high-tech device. The power dock he designed comprises an aluminum domed surface having a narrow rounded display screen with a border of resin-coated linen. The charger is meant to be as sustainable as possible and can bring the Bentayga to full charge in 2.5 hours.

The Starck Power Dock can be operated with a smartphone app, which makes it possible for the users to monitor the vehicle’s power levels as it charges. Bentley is hoping that this will encourage Bentley owners to charge their vehicle whenever they are at home, so that the vehicle relies on the electric motor as far as possible and thus uses less petrol.

“Starck’s Power Dock concept is expected to impress owners with its attractive design and tactile surfaces so that they would ensure that each journey begins with the maximum electric-only range.
Both the Bentley Bentayga hybrid and the Starck Power Dock are expected to become available in selected markets in late 2018.