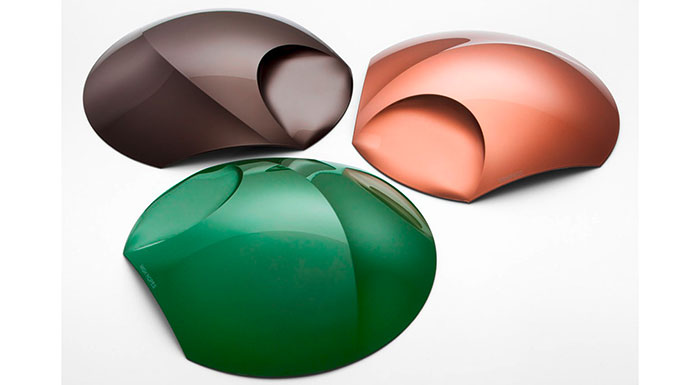 BASF, one of the top firms when it comes to automotive paints has revealed its shades like Raingarden, Primordial Soup and Aerialist Wish will be the top choices of motorists by the end of the decade. These names refer to the shades developed by BASF for the North American market and will be used for the 2020 model year. The company has made this prediction on the basis of its 2016-17 color study. The findings of the study were used to predict the shades that would be popular within the next three to five years.

In recent years, colors that look a bit different when viewed from different angles have become increasingly popular. That is why the theme of BASF’s 2016 collection which comprises 65 colors is “Parallax”. Depending on the vantage point of the viewer, the colors can look different.

BASF said in a release about the 2016-2017 study that in the modern world, there are two competing vantage points; the longing for honest self-expression and the fascination of the virtual world.

Paul Czornij, head of design for BASF’s Color Excellence Group said that his inspiration for this year’s colors was the importance of reflecting the continuous change in society, and the need to look at things differently from new perspectives.

While Raingarden, Primodial Soup and Aerialist Wish sound like they belong in a fantasy world, they can be more prosaically termed as metallic silver with a tinge of green and blue, blood red and silvery black respectively.

Currently, these colors are not very popular. According to Susan Lampinen, Ford Motor Co. group chief designer for color and materials, most motorists opt for neutral colors like black, white, silver and gray, with white being the most popular color in the United States, and in fact in the rest of the world as well. Susan said that about 23 per cent of customers choose white vehicles, while black comes second with 19 per cent. Gray and silver come second and third, accounting for 17 per cent and 15 per cent respectively of all the vehicles that are purchased.

When it comes to Ford’s luxury brand, Lincoln, there are more takers for colors like red blue, naturals, browns, rusts and green, especially when it comes to the interiors in Lincolns high end Black Label series. The growing popularity of these shades has led Ford and Lincoln to explore more nonstandard colors for the interiors throughout their range.

When identifying colors that are likely to become more popular in the future, automotive companies and paint suppliers study trends in society at large and this societal analysis is used as framework for predicting future trends. According to BASF’s Czornij, the change in the urban areas has been a prominent feature in the company’s societal analysis for the previous three color collections.

He said, “For a long time, city centers in the United States have been seen as unattractive and undesirable but that’s all changing as artists, designers, musicians and others seize the opportunity and make their homes once again in the city.”