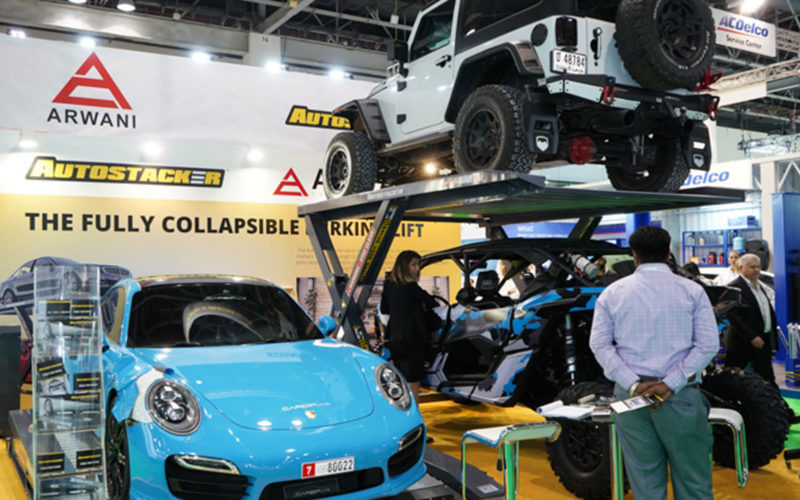 According to a white paper that was published in the runup to the biggest automotive trade show in the region, the automotive aftermarket in the MEA region was worth a combined USD 61 billion in 2018. It is expected that increase in car sales in this region and more manufacturing bases will lead to a six percent annual growth over the next six years in the wider region.

Other factors that are expected to contribute to the growth of the aftermarket in the Middle East include  Saudi’s decision to allow women to drive in 2018, greater sales of spare parts through online platforms and growing demand for vehicle modifications. The aftermarket in the Middle East market was valued at USD 28.14 billion in 2018, according to a May 2019 whitepaper by global analysts TechSci Research.

This figure is expected to grow at a Compound Annual Growth Rate (CAGR) of 5.8 percent over the next six years, leading to a figure of USD 39.6 billion in 2024, while in Africa, demand for aftermarket spare parts and services, valued at USD 33.17 billion in 2018, is projected to increase at a CAGR of 6.25 percent over the same period, leading to a value of USD 47.73 billion.

TechSci’s Middle East and Africa Automotive Aftermarket report was prepared exclusively ahead of Automechanika Dubai 2019. This is the biggest international trade fair for the auto services industry in the region and is slated to be held from 10-12 June at the Dubai International Convention and Exhibition Centre.

According to the TechSci report, engine parts like electric components, radiators, and exhausts contribute to a 51 percent share of the Middle East’s aftermarket in 2018. This is followed by tires (26 percent) and lubricants (11 percent). Axles and transmission components account for four percent of the market, while air and oil filters, suspension systems, batteries, and brakes each make up two percent of the market.

It is expected that these percentages will roughly remain the same by 2024, though the value would be far higher, thanks to increase in new vehicle sales across the region.  According to TechSci, 2.3 million Passenger Vehicles (PVs), and 430,000 Commercial Vehicles (CVs) were sold in the Middle East in 2018, and this figure is estimated to reach 3.68 million (3.07 million PCs, 610,000 CVs) in 2024.

Currently, the total vehicle parc (CVs and PVs on the roads) in the Middle East is at 41.6 million, and this means that there is huge demand for aftermarket spare parts and services. All of these products and services will be showcased at Automechanika Dubai by over 1,800 exhibitors drawn from 60 plus countries.

Commenting on the report, Mahmut Gazi Bilikozen, Show Director of Automechanika Dubai said that in the coming years, demand for both passenger and commercial vehicles is expected to rise across the Middle East and Africa, driven by recovering economic conditions, government incentives to boost regional production plants, increasing per capita income, and ongoing construction activities. This increase in demand is expected to impact the aftermarket.

Automechanika Dubai has trans-regional reach and is thus the ideal platform to meet and interact with key players and buyers in this market.  The biggest names in the business will be participating in the show this year, and the exhibition will serve as a great platform for buyers, industry professionals, distributors and government representatives will serve as a platform to get a feel of market trends, developments and the way ahead.

In terms of country-wise contribution, the biggest markets in the Middle East are Saudi Arabia and the UAE for vehicle parc according to Techsci’s report, with Saudi contributing 7.49 million (5.11 million PVs, and 2.38 million CVs) to the region’s fleet, and the UAE 2.57 million (1.96 million PVs, 610,000 CVs).

In the case of Africa, vehicle parc is currently 43 million, including 32.7 million PVs and 10.3 million CVs.  This figure is expected to reach 1.56 million units by 2024, growing at a CAGR of 4.68 percent during 2018-2024 due to contributing factors like more assembly plants, government initiatives to improve domestic manufacturing, and growing construction and infrastructure projects and increase in vehicle sales volume.

The composition of the African auto aftermarket in terms of shares of the individual components is quite similar to that in the Middle East market, but the two regions differ significantly in how passenger vehicles are serviced.

The key factors driving growth for the regional auto aftermarket include a growing demand for spare parts for vehicle modifications; increasing investments in new channels of customer engagement such as quick delivery modes and online spare parts sales.

The second hand auto spare parts market in the Middle East has also developed into a full-fledged multi-million ollar industry, boasting more than 100 small and medium-sized enterprises spread across the region. The UAE is the major supplier of automotive spare parts within the Gulf region as well as for Iran, the CIS, Indian sub-continent and Africa.

One feature in the limelight would be the Innovation Zone, a dedicated area at the center of the show floor that would be used for presentations and product showcases on technologies and products that can steer the course for the regional and global automotive aftermarket.

Other features include the Truck Competence initiative, where over 1,000 exhibitors will showcase their products dedicated to the entire value chain in the truck sector. This would range from truck parts and accessories, to workshop equipment, body repairs and care.

The Automechanika Academy (AA) will also be another feature of note. There would be key presentations like one on Dubai’s auto parts and accessories trade in 2018 by the Dubai Customs, as well as the findings of a survey exploring innovations in the Middle East automotive industry by global research company Explori.  Other AA highlights include a series of sessions by AMENA and Tiqani, as well as AfriConnections, which explores rising opportunities in the African aftermarket.