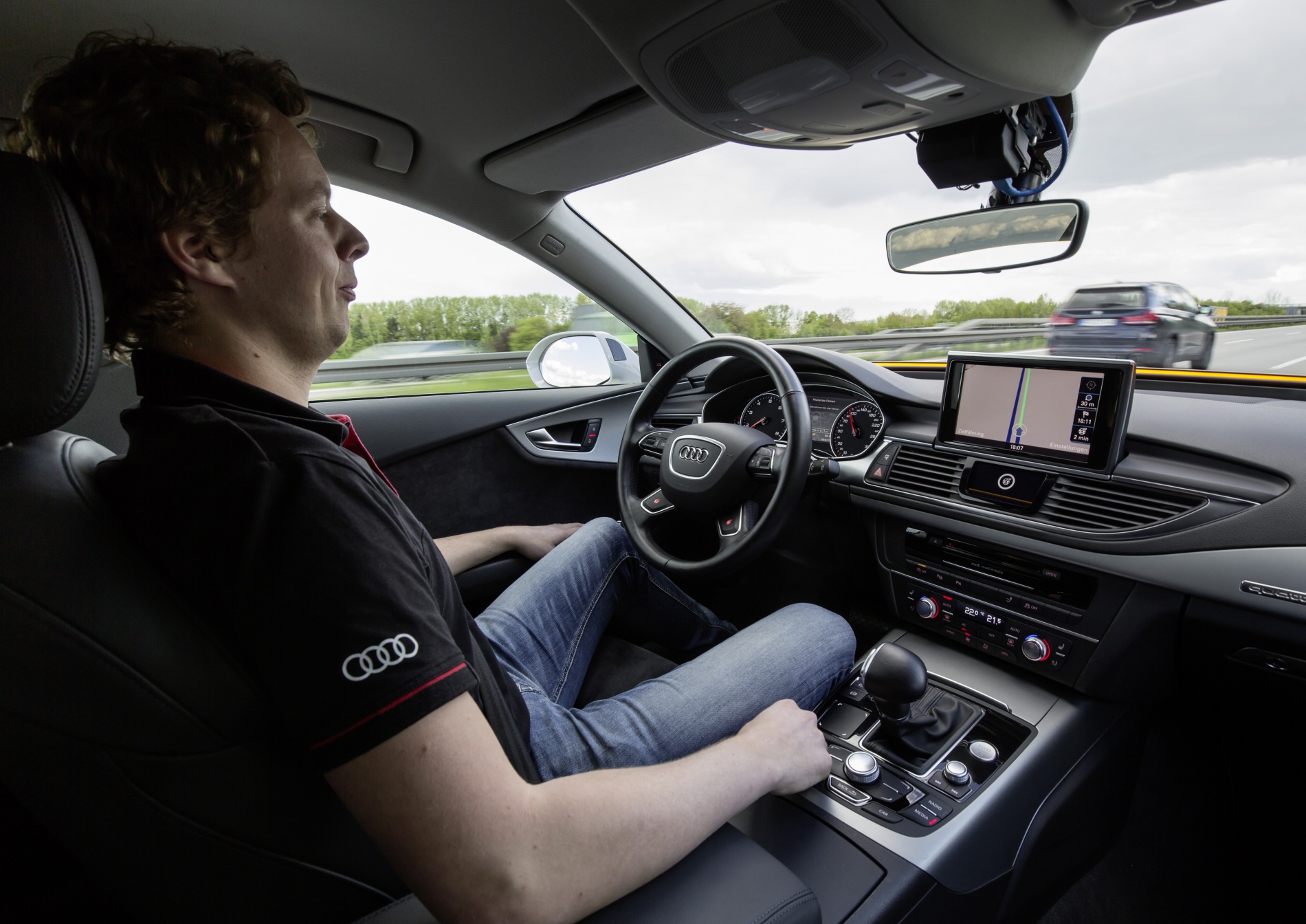 A year after launching its “Digital Motorway  Test Bed,” Audi has presented new technologies for piloted driving and Car-to-X-communication at the German Federal Ministry of Transport. The new innovations include suggested improvements in infrastructure and online variable message road signs. Audi is currently testing different solutions for enhancing safety and making piloted driving more convenient in real traffic on the Autobahn A9 between Nuremberg and Munich.

Audi worked on the “Digital Motorway Test Bed” as a joint project with many partners including the Free State of Bavaria, the Federal Ministry of Transport and Digital Infrastructure, and other companies from the automotive, IT and supply industries. On several stretches of the A9 highway between Nuremberg East and Munich North, transmitters and sensors have been used to connect cars with other vehicles and their surroundings. Audi is involved in six such projects, of which three focus on structural measures while the remaining three deal with communication technologies.

Alejandro Vukotich, Head of Development for Automated Driving at AUDI AG said that as part of the Digital Test Bed, Audi is participating in development activities that will enhance autobahn infrastructure to make it more reliable and thus capable of supporting piloted driving. This will include modifications to the materials that are generally used for marker posts and guardrails so that they reflect radar waves to a greater degree and from a greater distance, and are not affected by inclement weather like snow and rain. The project will also include installation of car sensors that will be capable of detecting road markings more easily in the future.

Special supplementary markings at the roadside will allow the test vehicles to localize themselves with high precision and the first prototypes for these projects will be installed soon.

The “Car2Infrastructure” communication project connects the car with online variable message road signs which can alert drivers to traffic jams, speed limits, road diversions and closures. The Audi team worked on a universal interface with the display systems, which can change from region to region. The information that is obtained is uploaded to the Audi cloud through the mobile network, and then relayed back to the test cars. Thus those travelling in the cars will have direct access to the latest information on new traffic situations, which is an integral part of safe piloted driving.

Using the future mobile communication technology LTE-V, the data transfer modules in  the cars are also linked directly to each other. Thus vehicles will be able to communicate with each other even in areas where there is no mobile coverage. LTE-V also facilitates new safety functions like black ice warnings, as well as driving of piloted cars in an convoy which is normally referred to as “platooning.”

As part of the third communication project, two sections of the A9 are surveyed inch by inch in order to update a HERE HD Live Map with details of landmarks and objects like bridges, signs and road markings. The map would be permanently supplemented and updated.

Alejandro Vukotich, Head of Development for Automated Driving at AUDI AG, speaking about the findings of the projects to date said that the “The ‘Digital Motorway Test Bed’ gave the company an opportunity to actively play a role to define the future of driving. The project allows Audi to collaborate with its partners in order to test future technologies that it may eventually introduce in production vehicles in real traffic environments. Thus, Audi will be able to perfectly synchronize the development of its models with the latest developments in road infrastructure.