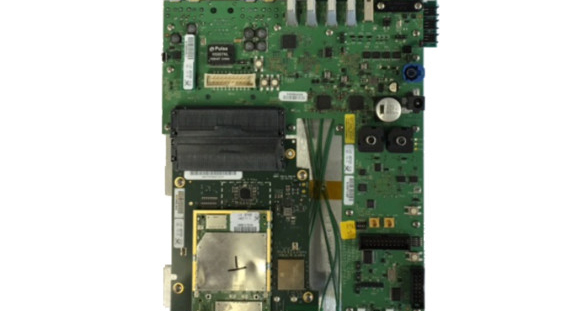 Android Dev Kit Takes Snapdragon 820A to the Vehicle

The all-new Snapdragon 820A is based on the new Snapdragon 820, a 14nm SoC with four Cortex-A72-like “Kyro” cores, two of which are clocked to 2.2GHz. The SoC incorporates Hexagon 680 DSP, Qualcomm’s 624MHz Adreno GPU, and a new 14-bit Spectra image signal processor (ISP).

The 820A adds conformity to the AEC-Q100 automotive standard for quality, temperature, reliability and longevity. It also comes with an optional Qualcomm X12 LTE chip, which supports Cat 12/13 speeds of up to 150Mbps up and 600Mbps down.

In accordance with Qualcomm’s January announcement of the 820A, the X12 options allow automotive systems to stream HD movies, offer a WiFi hotspot supporting 802.11ac 2×2 MIMO, and connect a number of mobile devices inside the car. The X12 is also claimed to support 802.11p DSRC for V2X (Vehicle to Vehicle/Infrastructure/Pedestrian) communications.

The sensor integration of the Snapdragon 820A offers cognitive awareness and vehicle self-diagnostics for ADAS. Given that the 820A is more modular than the 820, it enables easier hardware and software updates. Moreover, customers will have access to Qualcomm’s Zeroth initiative deep learning machine intelligence SDK.

Intrinsyc’s ADP S820A development board comes with 64GB eMMC 5.1 and 4GB LPDDR4 DRAM. The HDMI 2.0 port of the board connects with a standard 10.1-inch [email protected] capacitive touchscreen from Lilliput. What’s more, the 820A can drive up to four concurrent 1080p60 decodes for a number of simultaneous automotive displays. There are also 8x simultaneous camera sensor inputs available.

Instrinsyc also comes with a similar ADP-602A development kit based on the Snapdragon 602A.