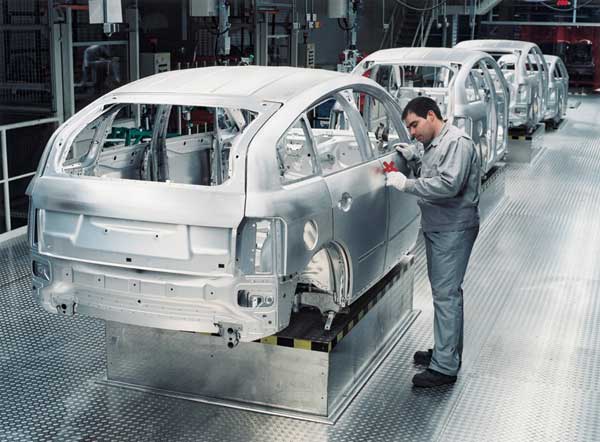 Advent of EVs and Autonomous Cars Spurs Demand for Aluminum

The advent of electric vehicles and autonomous cars is set to spur the demand for aluminum. At least 30 million vehicles are expected to demonstrate various automation levels by 2035.

Researchers at the University of Michigan have estimated that the total mileage driven by autonomous cars will increase by as much as 75 per cent and with the focus shifting to energy-efficiency and light weighting, aluminum is the star of the day due to its lighter weight.

Global consumption of aluminum is expected to grow by 6 per cent in the period from 2016-2021, and the advent of autonomous cars is expected to have a significant impact on the demand for aluminum.

The emphasis on reducing toxic emissions and greater adoption of electric vehicles has already led to a sharp spike in the demand for aluminum. Novelis, one of the leading producers of aluminum has said that the demand for aluminum from the automotive industry in Asia is set to to grow by 20-25 per cent in 2017, especially in light of increasing production of EVs in China. The consumption of aluminum by the automotive industry is expected to increase from 9 per cent in 2015 to 16 per cent by 2025.

The main barrier to wider use of aluminum in the automotive industry was its cost. Fully autonomous vehicles will definitely have a higher price tag and hence manufacturers will be able to pass on the cost of aluminum to consumers. Autonomous vehicles are also expected to have a greater mileage than conventional cars as they will not be as prone to accidents caused by human error and are more likely to be used around-the-clock as part of fleet-sharing and taxi-sharing services. Hence, there is greater scope for saving money through lightweighting by using more aluminum.

Even in cars that are both autonomous and electric, greater use of aluminum will help offset the overall cost of lithium-ion batteries. Lighter vehicles would need smaller batteries, and this will help compensate for the higher cost of aluminum. Hence, the rise of EVs and autonomous cars is definitely set to boost the global demand for aluminum.