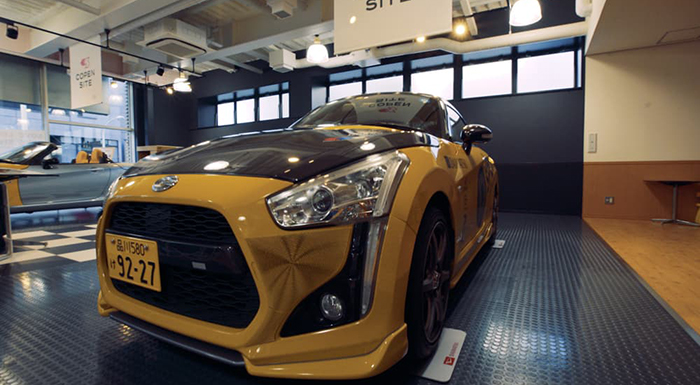 In 2015, Stratasys and Daihatsu have revealed that those who get behind the wheel of the Japanese automaker’s Copen model would be able to design and install their very own 3D-printed panels. Both companies have recently announced that the mass customization system is now ready for testing and launch.

The “Effect Skins” panels come in a variety of patterns and colors that can be swapped in and out as the driver desires. Currently, there are 15 geometric and organic patterns available, developed by designers collaborating on the project, and 10 various colors to select from.

The process typically takes around two weeks, where it would previously have taken two to three months utilizing conventional methods of manufacture. However, the designs can also be modified by the customers themselves, which means that it is impossible to generate complete one-of-a-kind creations for inpidual Copen drivers.

Currently, the panels are available for the Copen’s front and rear bumpers and its fender. What’s more, they are printed in ASA thermoplastic, which is claimed to be UV-resistant and durable, utilizing Stratasys’ Fortus Production 3D printers.

The Effect Skins are being tested this year and are anticipated to be unveiled commercially in early next year.