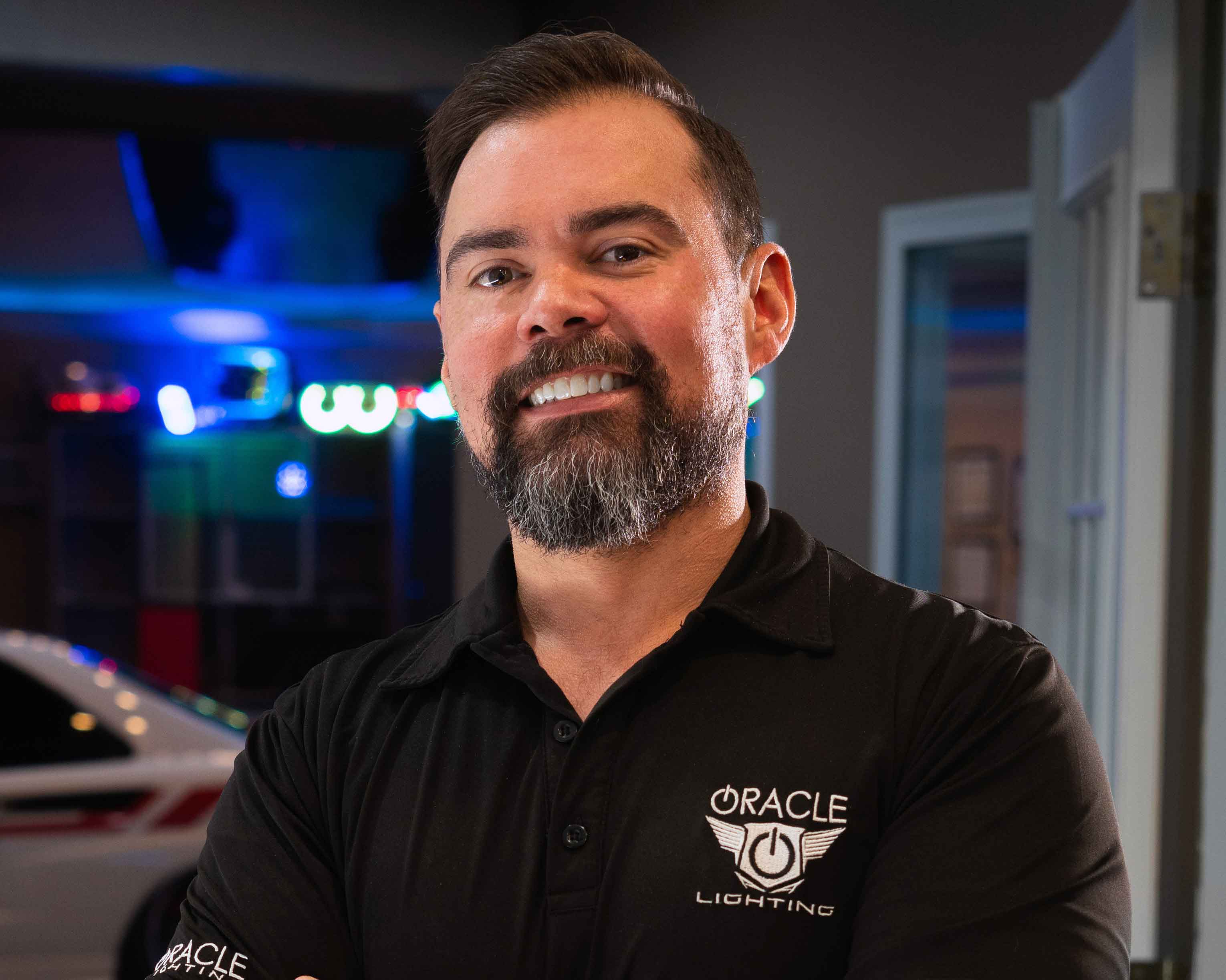 Oracle Lighting (www.oraclelights.com) is proud to announce that for the second year in a row, founder Justin Hartenstein has been named a finalist for the prestigious SEMA Gen-III Innovator of the Year. Hartenstein was also a 2019 finalist.

“Once again, it is truly an honor to be nominated for an award that recognizes hard work and innovation in such a large and dynamic industry,” said Hartenstein, who founded Oracle Lighting in his garage in 1999.

One of just two individual awards that the SEMA organization presents each year, the Gen-III innovator is an honor given to a young innovator who exhibits the same pioneering spirit as the original industry founders. According to SEMA, the Gen-III Innovator of the Year recognizes individuals whose work is changing the way the automotive aftermarket does business. He or she may have been the first to act on a new trend, invented an original product or devised and implemented ideas that better suit the current automotive marketplace.

When the Coronavirus pandemic first began, as for many other manufacturers, demand began to decrease as the economy slowed. Being the innovator that he is, Hartenstein pivoted and redirected his energy into an anti-virus device utilizing UV lighting technology. The result was the A.I.R. Device (Antimicrobial Irradiation Respirator), the world’s first UV face mask. The Ultraviolet Irradiation produced from specialized UV-C LEDs protects the user wearing the A.I.R. by inactivating bacteria, pathogens, and viruses- including COVID-19. This multi-patent pending innovation has gained global attention for its unique and effective anti-viral design.

Besides being a trend-setter, enthusiast, and innovator, Hartenstein is also an advocate for the automotive lighting aftermarket, making him an excellent candidate for this award. He sees the challenges that are taking a toll on the aftermarket lighting industry such as overseas counterfeiting. After months of working with foreign courts, attorneys, private investigators, and other authorities in China, Hartenstein filed and won legal action against an underground counterfeit factory ring in China that has repeatedly violated not only the Intellectual Property of ORACLE Lighting but of a half dozen other SEMA manufacturers. He hopes to use this experience to create a roadmap for other SEMA manufacturers to follow in order to receive relief from the damage caused by illicit counterfeiting in the industry.

According to the SEMA360 website, with the 2020 SEMA Show live event in Las Vegas not taking place and the industry recognizing the need for a viable marketplace during these challenging times, SEMA360 was created. As an online ecommerce solution taking place Nov. 2-6, 2020, SEMA360 focuses on manufacturer/attendee/media relationships, new product introductions, project vehicle debuts, industry-leading education and unparalleled networking opportunities. SEMA360 will leverage the association’s exclusive manufacturer and attendee databases and media partnerships to provide participants with the best online experience and maximum value.