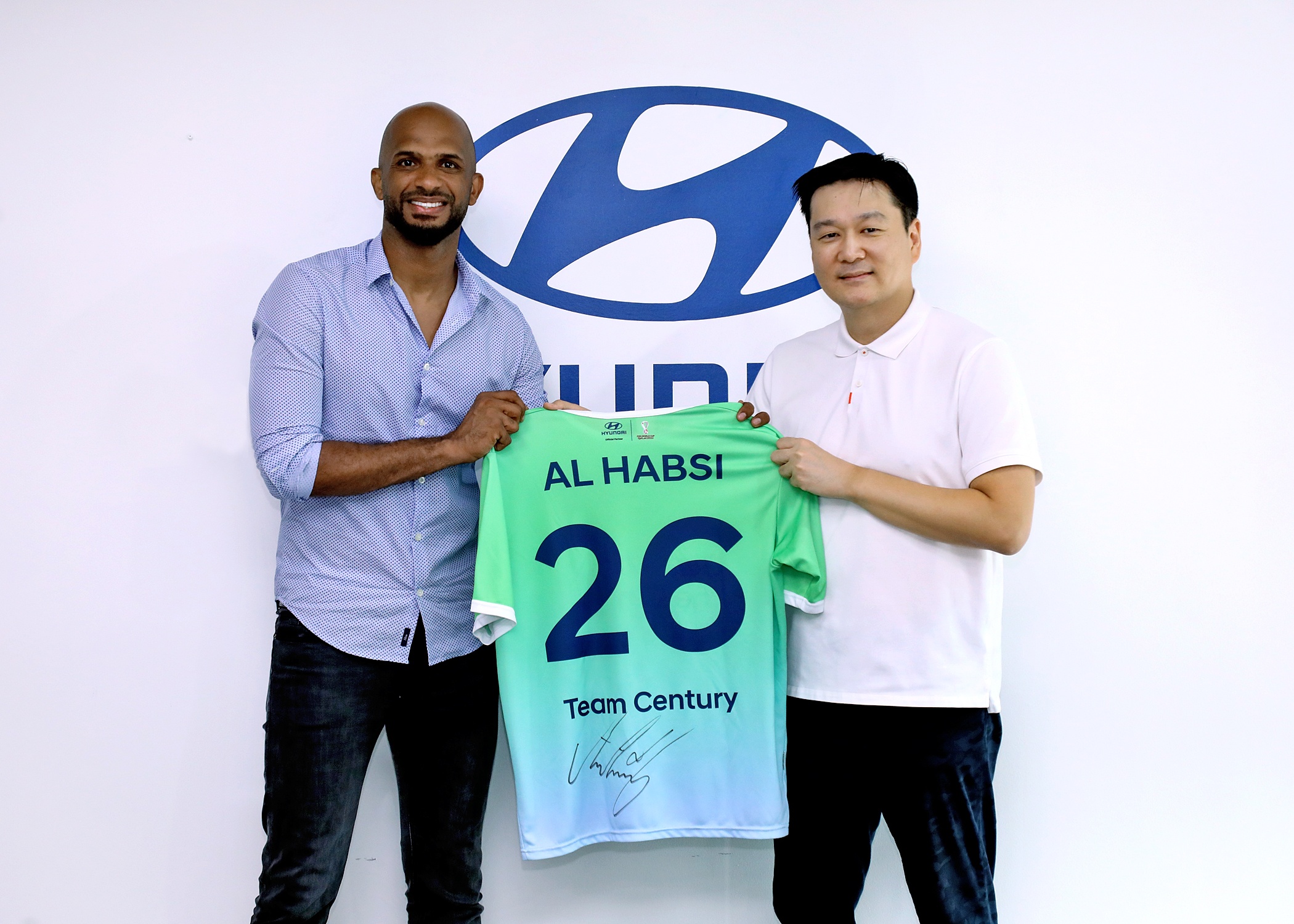 The former Oman national team goalkeeper has announced that he has joined the “Team of the Century”, featuring celebrities from around the world, with the aim of helping to spread awareness in sustainability programs during the FIFA World Cup Qatar™ 2022 and make it clean and free of environmental pollutants.

The team was announced as an initiative by Hyundai Motor Company, one of the sponsors and partners of the FIFA World Cup Qatar 2022.   The players, whose names will be announced later, were selected by a neutral body.

Former Omani national team goalkeeper Ali Al Habsi was chosen to be a member of this global team, and he is the only Arab from the Middle   East and Gulf region to be selected,  he joined this team based on his track record in the world of  football,  and  he is  the first Gulf Arab player  to play in the English  Premier League, and has a lot of great achievements both with the English clubs in which he played or with the Saudi team Al-Hilal, or with the Oman national team that represented him in many of the  International competitions and tournaments, and won the Gulf Cup in 2009 for the first time, and Al Habsi is also one of the ambassadors of the FIFA World Cup – Qatar 2022

Within the framework of its social responsibility around the world, Hyundai Motor Company plays a leading role in the global efforts to reduce plastic waste, fight pollution of the seas, promote the recycling process, support  sustainability programs and its initiative with the launch of “Team of the Century” is a  global initiative that was launched with the start of the countdown of the State of Qatar to the hosting  of the World Cup, with  the aim of educating the public, visitors and fans of teams during the World Cup  to  reduce pollution, reducing the plastic waste and intensify efforts to protect the land from damage.

Commenting on his joining the Team of the Century and his participation in this initiative, Ali Al Habsi said: “I am very happy to join the team of the century and to be among world celebrities in order to spread awareness of the need to preserve the environment, and on the occasion of the FIFA World Cup Qatar 2022 is a great and important global event to start implementing this initiative launched by Hyundai Motor Company.”

Jeong Jong-im, Head of Hyundai Motor Company Middle east and Africa, said: “We believe in the importance of football in the effort to accelerate progress towards the Sustainable Development Goals through this world’s most popular game and the FIFA World Cup – Qatar 2022, to strengthen the bonds that bring us together with various cities and communities around the world.  It is an important fun for us on this particular occasion, and the initiative gives us the opportunity to engage with the members of the  Team of the Century  and  enable them to continue their work towards a more sustainable future, we are very pleased to do our part in finding a platform that supports this initiative   on a global level.”

It is great to be able to inform the global community about our sustainability initiative linked to the hosting of the World Cup, sustainability has been and will remain at the heart of our global goals, infrastructure projects and operational plans for the tournament, and based on this initiative we look forward to hosting a fully carbon-neutral FIFA World Cup-Qatar 2022.