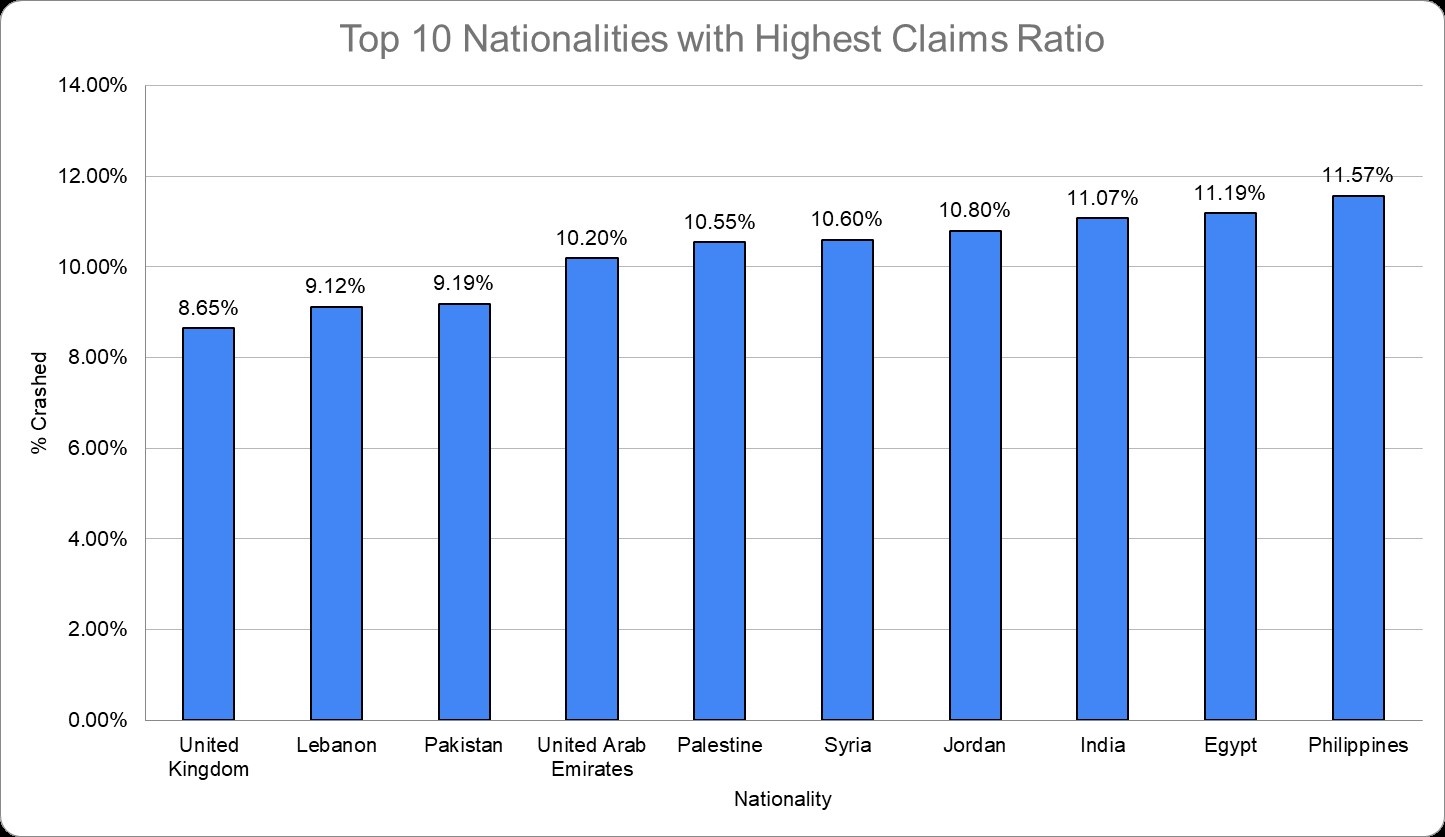 yallacompare, the number-one financial comparison site in the Middle East, has released an updated report on the UAE’s ‘best’ drivers after last year’s report declared Pakistani drivers as kings and queens of the road. Drivers from Burma/Myanmar were the best drivers in the UAE during 2021, with the lowest accident claims rate of 2.5 per cent. Using data for the whole of 2021, yallacompare looked at the number of claims registered by each nationality, proportionate to the number of customers, establishing a claims ratio by nationality.

In recognition of the latest report, which usually triggers some lively widespread debate across social media, yallacompare has released a new online driving game giving UAE residents the chance to show off their driving skills on a virtual racetrack and claim the title of ‘The UAE’s Best Virtual Driver.’

Yallaturismo gives UAE residents the chance to win AED 5,000 by submitting their details and topping the leaderboard. Players can find the game by visiting https://yallacompare.com/yallaturismo/.

The report from 2020 found that Pakistani drivers were crowned the #1 drivers in the country, with only 2.5 per cent having made a claim in the previous 12 months. However, in 2021 Pakistani drivers failed to make the top five with a claims ratio that rose to 9.2 per cent. Another notable change to the rankings is that of Filipino drivers, with just over 3 per cent declaring a claim in 2020, compared to 11 per cent declaring a claim in 2021. Syrians and Jordanians have held their position steady with Syrians only rising to 10.6 per cent and Jordanians to 10.8 per cent in the last 12 months.

The top five nationalities with the least number of claims per insured customer were drivers from Myanmar (2.5 per cent), Slovenia (3.5 per cent), Dominican Republic (4.4 per cent), Trinidad and Tobago (5.3 per cent) and Bolivia (5.6 per cent).

Charlotte Cuddihy, Marketing Manager at yallacompare said “We have an incredibly rich database, full of fantastic insights into drivers and driving behaviour in the UAE. It’s great to be able to release thought provoking statistics like this – it always manages to get an interesting reaction. It’s important to note that since life has returned to normal after the pandemic, and the number of cars on the road are back to full capacity, our data has shown that this has led to an increase in road accidents from the previous year. As always we encourage drivers to be safe on the road, allow enough time to get to their destination and be mindful of other drivers”.

Whilst the study implies ‘best’ drivers, it should be noted that the collected data is based on the information customers enter into the yallacompare system and therefore relies on customers providing honest accounts of their claims history.