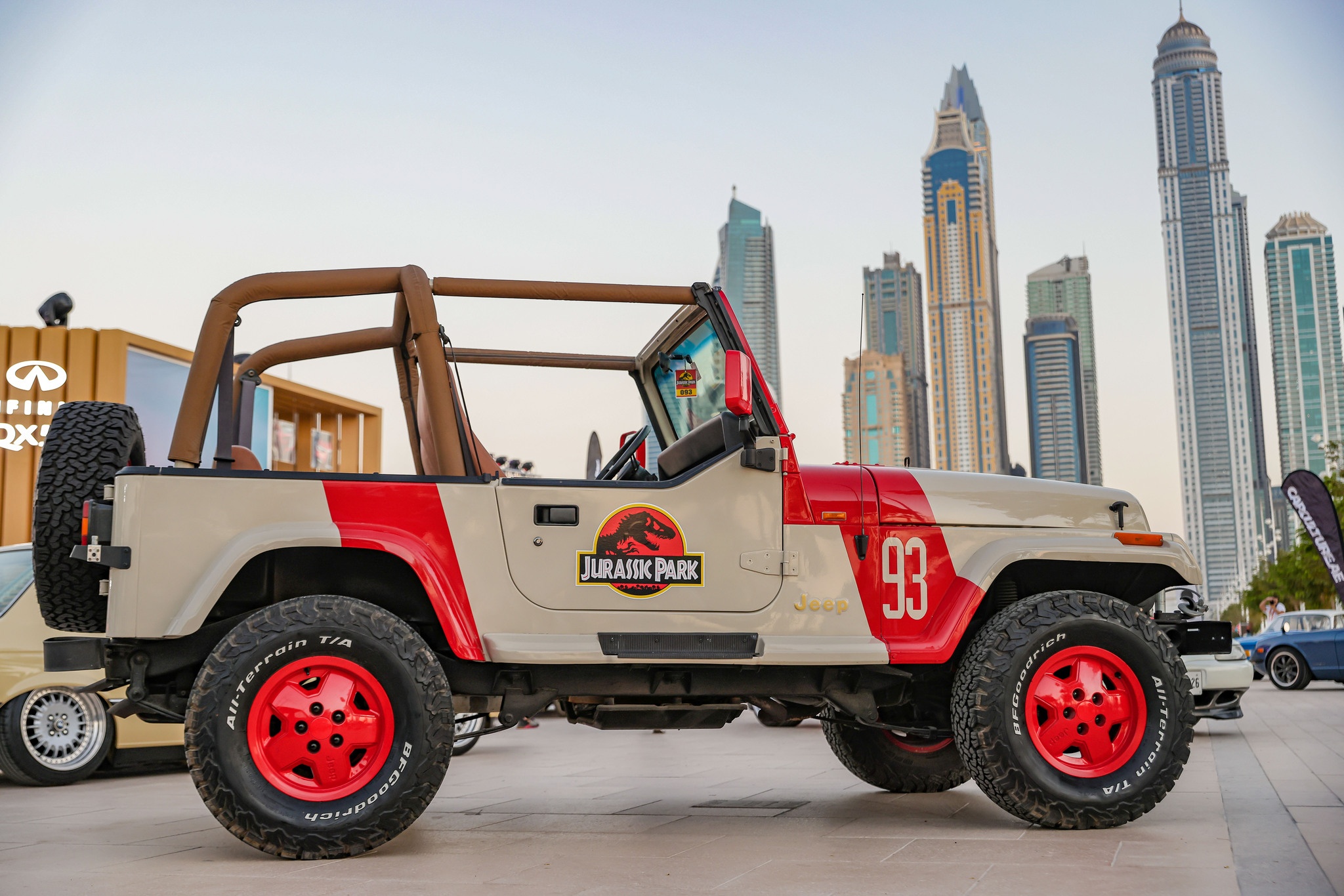 #Nofilterdxb Revs Up As Hollywood’s Hottest Wheels Dazzle The Harbour!

A dazzling array of replica vehicles from some of Hollywood’s most classic movies and TV shows are turning heads at #NoFilerDXB – a super trendy new festival celebrating Dubai’s enduring passion for urban lifestyle and motoring culture, which runs at Dubai Harbour until Saturday 27th November.

Taking a trip back in time to where it all began for Vin Diesel and Paul Walker’s legendary characters, Dominic Toretto and Brian O’Conner, #NoFilterDXB houses identical replicas of the Dodge Charger 1963 and Mitsubishi Eclipse from the very first installment of the Fast and the Furious franchise. The two cars were part of one of the most famous street race battles of all time – but, sadly, they won’t be jumping over any trains at #noFilterDXB.

Fans of the award-winning TV series Breaking Bad, whose lead star Brian Cranston was in Dubai last week, will have a hard time forgetting main protagonist Walter White’s daily drive, the lackluster Pontiac Aztek – now regarded as one of the most recognisable 5-seater SUV from the early to mid-2000’s. While this Aztek hasn’t seen nearly as much trouble as the one in the hit TV series, the Breaking Bad tribute car is as close you can get to the real thing. Fun Fact: the Breaking Bad color Aztek was never produced by Pontiac!

“Alongside the new-to-market reveals, Electric Vehicle and hybrid regional launches, and dazzling assortment of custom and supercars, we have a quirky selection of some of the most iconic vehicles from classic Hollywood movies and TV shows. These cars are fun windows into the past that give visitors something extra to smile about and share on social media. Much like the city we call home, we want #NoFilterDXB to be about making amazing memories that last a lifetime,” said Trixie LohMirmand, Executive Vice President of Events Management at Dubai World Trade Centre (DWTC), the organiser of #NoFilterDXB.

#NoFilterDXB will culminate in the Dubai Supercar Parade on Saturday at 8.30am. The Parade will see some of the world’s most sought-after supercars rolling through the streets of Dubai Harbour, JBR, and JLT, before returning to #NoFilterDXB for public viewing.

#NoFilterDxb runs from 24 – 27 November at Dubai Harbour. Tickets are priced from AED60 and are available at Platinum List. With public transport to and from Dubai Harbour highly recommended, Careem discounts can be availed via the promo code NOFILTERDXB.