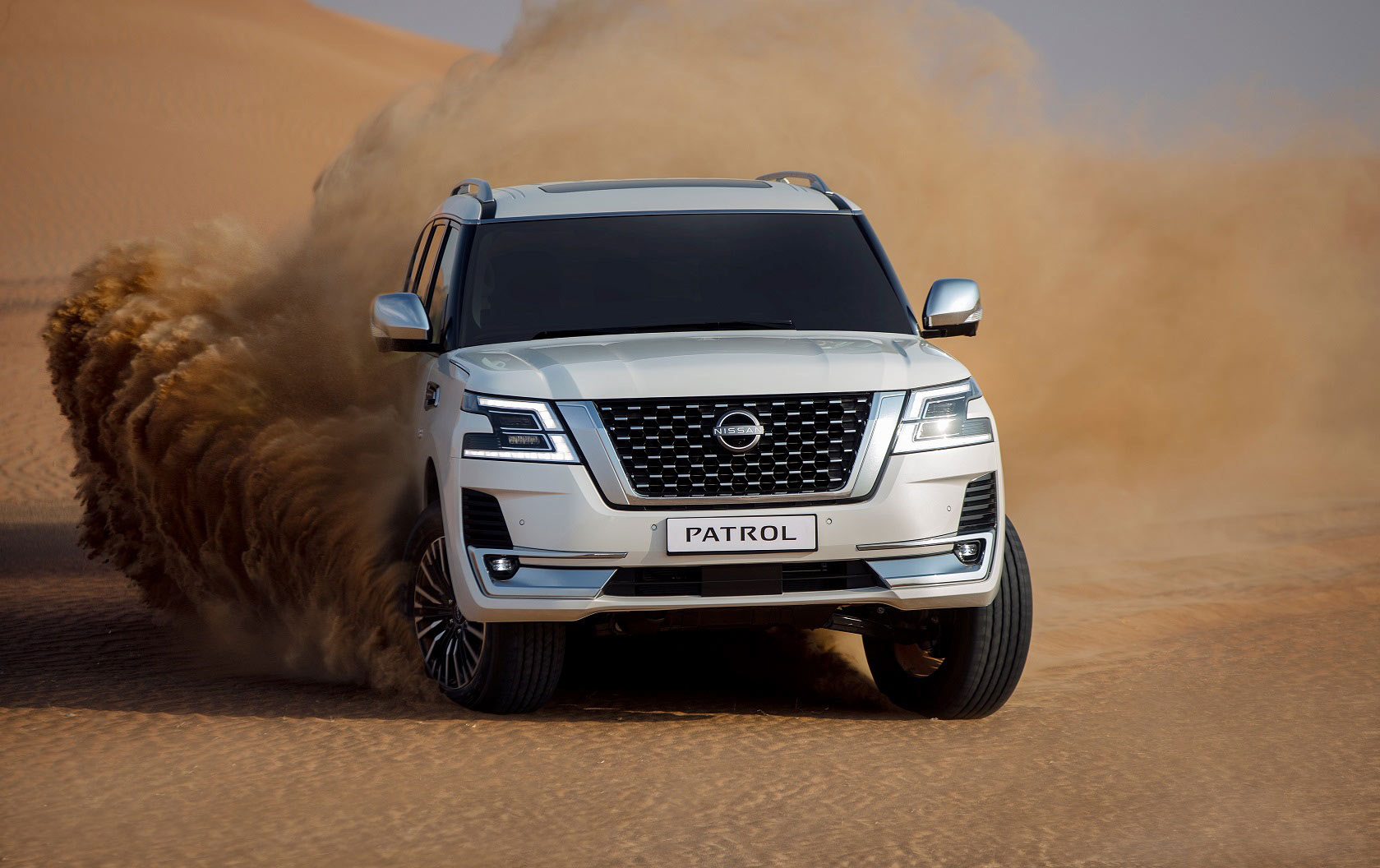 The special 70th Anniversary model of the ‘Hero of All Terrains,’ the Nissan Patrol, has landed in the Middle Eastern market with much fanfare worthy of the region’s most beloved and iconic SUV. The 2022 model exudes its present-day market power and strength. Since its launch seven decades ago, it is now an epitome of prestige with an undisputed legacy of setting new industry benchmarks.
Through its illustrious history, the Patrol has collected an enviable number of trophies and earned its reputation by proving itself in the scorching heat of the deserts, rugged mountain slopes, and modern city streets. Over the years, its durability, reliability, premium design, safety, and comfort features, as well as its all-terrain performance have remained unmatched.
In Abu Dhabi, Al Masaood Automobiles, the authorised distributor for Nissan in Abu Dhabi, Al Ain, and the Western Region, confirmed that the Patrol continues to be the top choice amongst car buyers and enthusiasts, who are drawn to its class-leading power, supremely crafted luxury and unparalleled on- and off-road capabilities. Like an heirloom, it has been passed down from generation to generation, making it an integral part of many families in the region.
With a bold exterior design, regal interiors, and a distinctive 70th Anniversary badge on the fender, the commemorative 2022 iteration made its world premiere at Expo 2020 Dubai. The 2022 Patrol 70th Anniversary model is the first SUV to be unveiled at the world’s largest 360-degree projection dome on the grounds of the Expo 2020. The fact that the latest model’s much-anticipated launch took place in Dubai shows the Patrol’s enduring success, rich legacy and deeply rooted heritage in the region formed since its entry into the Middle Eastern market.
It was in 1957 when the second-generation Patrol 60 Series made its way to the region. It was a period when the Patrol had begun gathering international fame and conquering the world by taking on the toughest terrains and every type of harsh environment imaginable in absolute comfort. With its advanced technology and unmatched power, the Patrol, the first SUV to redefine comfort and luxury in the segment, quickly established itself in the region as being a cut above the rest, earning its place in the homes of royalty and celebrities alike.
To cater to the diverse needs of seasoned off-roaders in the region, Nissan introduced the Patrol Super Safari in 2016 and two years later welcomed three unique concepts built specifically for the Middle East, the Falcon, Gazelle, and Gazelle X. Paying tribute to a classic, the Patrol Super Safari stays true to its roots and reflects the evolving expectations of buyers for greater comfort and superior off-road performance.
The Patrol’s advancements were not only a great leap forward in terms of technical sophistication, but truly pushed the bar in terms of comfort and refinement, both of which greatly appealed to its drivers.
One nameplate, 70 years and counting
Seventy years after the first model rolled off the production line in Hiratsuka, Japan, the Patrol continues to dominate across the globe.
Although the car has changed a great deal through the decades in terms of appearance, performance, role and technology, the nameplate itself has remained an unchanging testament to Nissan’s engineering prowess and commitment to enriching the lives of its owners.
The Patrol, the most powerful in its class, is an icon poised to conquer the years ahead. As the Patrol celebrates its 70th anniversary, Nissan respects the enduring human connection that embodies the Patrol’s true and lasting legacy across the region.
The 2022 Nissan Patrol 70th Anniversary model is now available at Al Masaood Automobiles’ showrooms in Abu Dhabi.