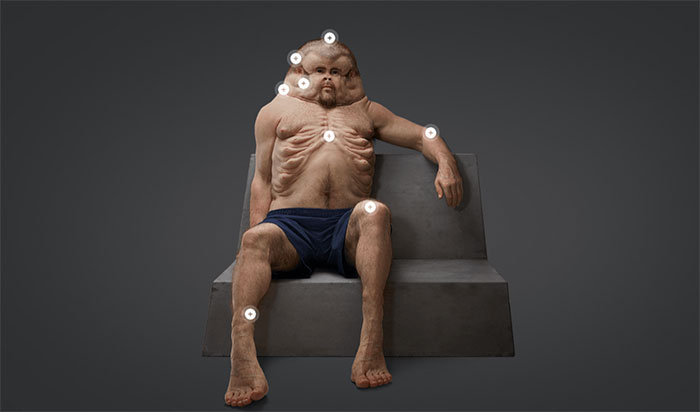 The Human Equipped to Survive All Kinds of Roads Accidents

Darwin shocked the world when he came up with the theory that human beings evolved from monkeys. According to him, the highly evolved human being of today is one that reached this form through several adaptations that were developed to tackle different challenges. The Victorian Traffic Accident Commission (TAC) came up with an evolved human structure that is possibly the most crash resistant human ever. Named Graham, he is definitely no winner when it comes to looks but he is designed to make people think seriously about car accidents and ways to avoid them, including keeping within designated speed limits.

According to TAC chief executive officer Joe Calafiore, people might be able to survive running at full tilt into a wall, but surviving motor collisions is an entirely different ballgame as the vehicles are going at a much faster pace. Hence, the forces involved are greater and the chances of survival for those who are involved are much less. Cars have evolved at a much faster pace than humans and Graham makes it easy to understand with a single glance why we need to focus on our roads and vehicles a lot more to minimize chances of mistakes.

Graham was created by the Australian sculptor Patricia Piccinini, in close collaboration with a crash investigator and a trauma surgeon and crash investigator. She focused on adaptations to make Graham better at dissipating the force inflicted by a collision instead of just making him harder by adding armor to his body.

One protective innovation was interspersing Graham’s ribs with sacks resembling airbags to absorbed the forces created by a strong impact. Graham’s facial bones too are protected by fatty tissues and he has virtually no neck to reduce the extent of whiplash. The crumple zone extends even to his skull.

In addition to accidents experienced behind the wheel, Graham can survive even a pedestrian accident with just minor consequences. He comes with multi-directional knees, abrasion-resistant skin and can even bounce off a bonnet with minimal damage, thanks to the aforementioned built-in crumple zones in his skull.

Graham is on display at the National Gallery of Victoria in Melbourne, Australia. School students can also get an inside look at Graham through Google Tango AR.