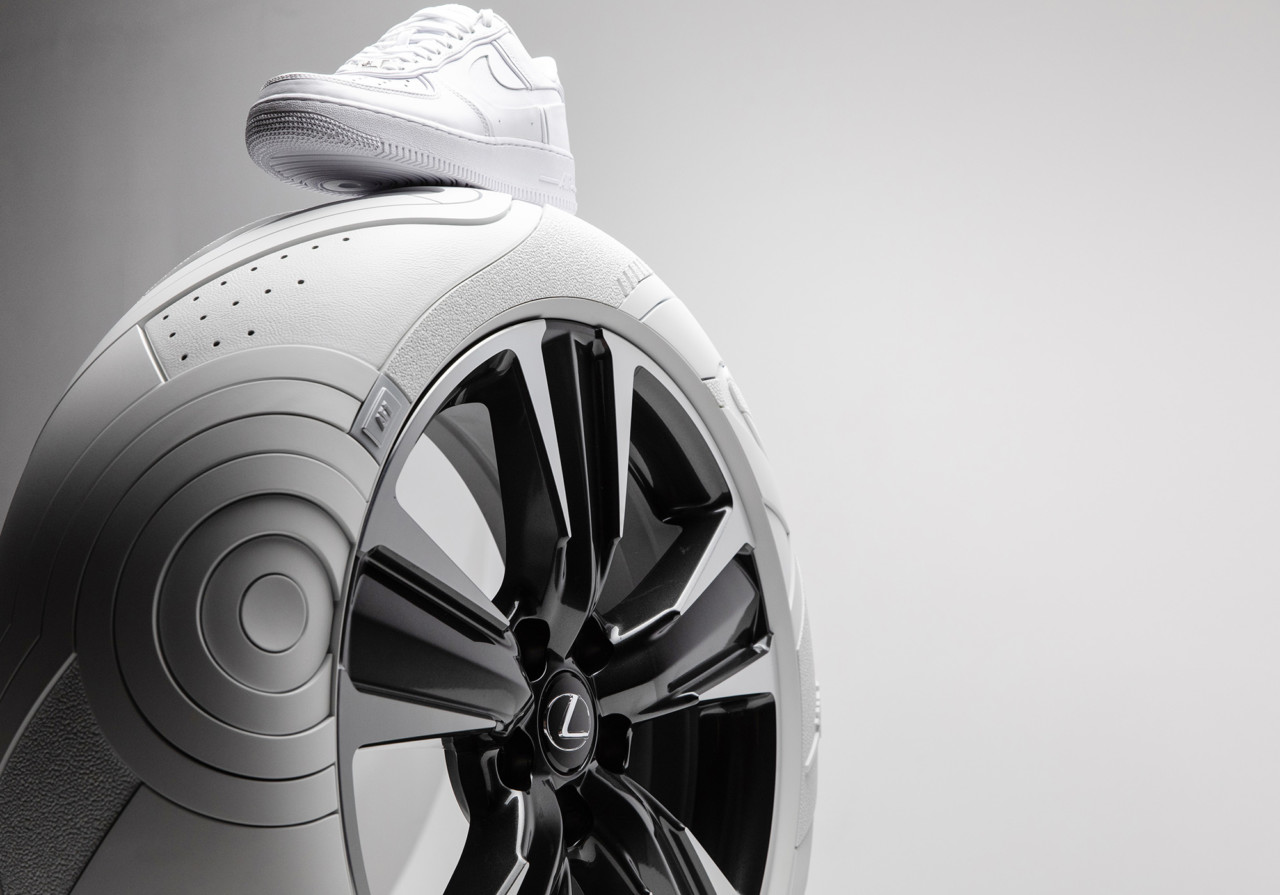 Lexus collaborated with renowned designer John Elliot to come up with a concept tire that was inspired by the Air Force 1 sneakers from Nike that are notable for their white-on-white design.

The new look tires called the “Sole of the UX” were unveiled at designer Elliott’s New York Fashion Week after-party on February 9. The Air Force 1 sneakers are perforated leather shoes which have a relatively high price of USD 150 for a pair. They are currently sold out on Nike’s website.

Lexus used the tire as a prop for its new UX crossover. The designer tires that had white on white layers, double-stitched leather and a metal air valve that replicated the metal lace tips of the shoes.

Commenting on the tires, Lisa Materazzo, Lexus vice president of marketing said that the first-ever Lexus UX was designed and engineered for the urban lifestyle. Lexus wanted to reinforce this concept by creating the ultimate homage to urban style: the tires that were inspired by classic, street-style sneakers.

Lexus said in a press release that the Sole of the UX will be making additional appearances throughout the rest of this year. Of course, the tires are unlikely to appear on the production version of the UX, but they do look quite fashionable.