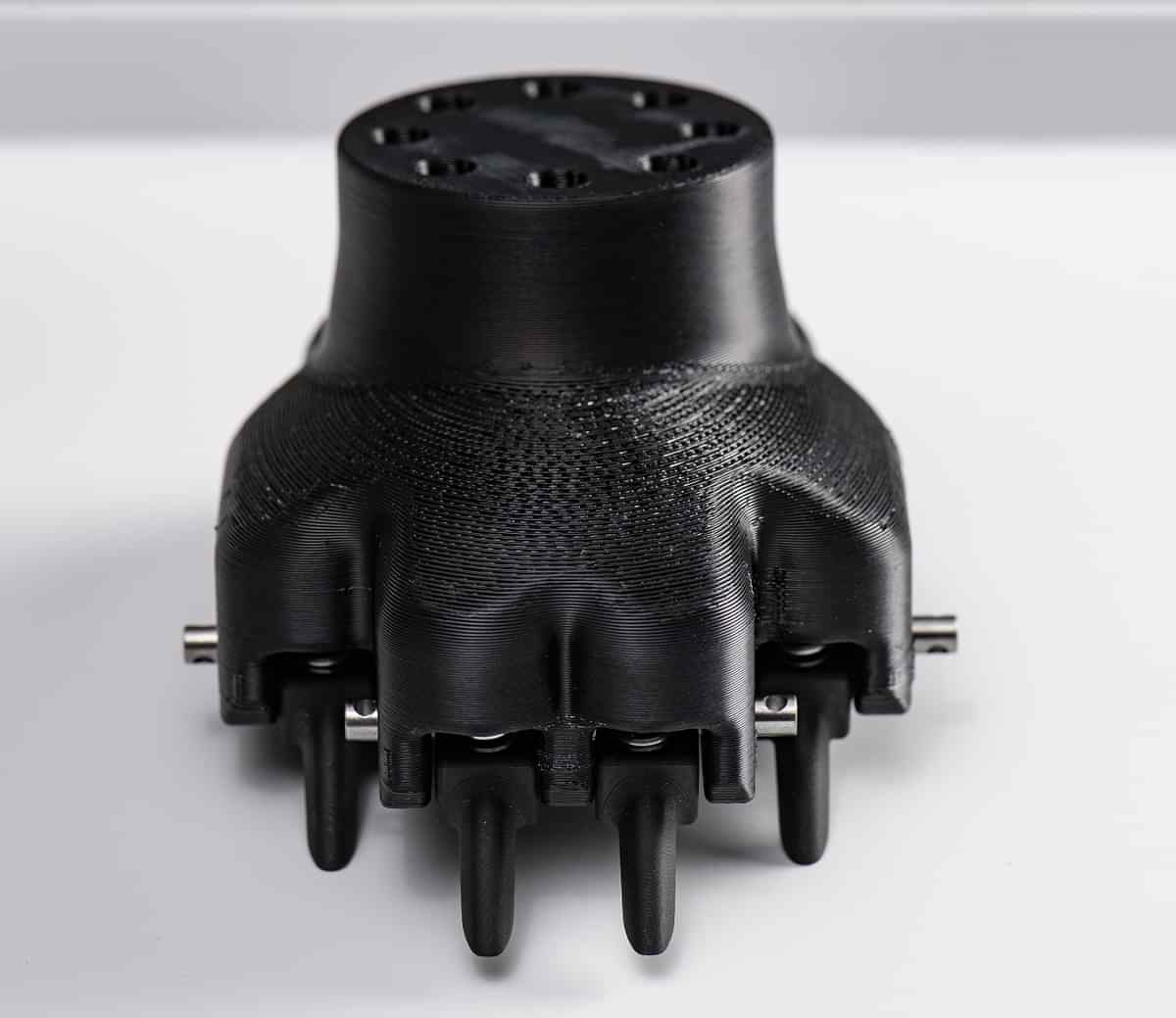 Jaguar Land Rover has developed a unique 3D-printed dog paw that engineers can use to assess the durability of future cars. All they would need is a little help from Yogi the Labrador and the new Land Rover Defender.
The ‘RoboYogi’ paw was conceptualized to help test the ability of the rear bumper to tolerate the damage done when a dog’s claws scrapes the paint before and after dog walks. The results indicated that it can take as much a decade’s worth of use or rather abuse by dogs. This highlighted how Jaguar and Land Rover vehicles are designed in a manner that can meet the requirements imposed by their owners’ lifestyles.

It was Yogi the Labrador, a resident at the National Guide Dog Breeding Centre, who had the immense responsibility of jumping in and out of the new Land Rover Defender boot. Every step of his was recorded by pressure mapping technology. The data thus obtained made it possible for the team to benchmark this real-world outdoor scenario against ‘RoboYogi’. The “RoboYogi” was designed based on the size of a mid-sized dog and replicates the pressure caused by the claws and pads on its feet as it clambers in and out.

Nine-year-old Yogi’s paw was used to model and 3D-print a spring-loaded replica, which allowed the claws to follow contours and apply pressure evenly across the bumper. Spring-loaded claws proved to be cost-effective as they can be replaced easily.

This life-like replica of the paw is now used by the Jaguar Land Rover team for a standard 5,000 cycle abrasion test. During the test, ‘RoboYogi’ scratches the panel at random ten times followed by a linear scratch to one side, and the process is repeated over again.

The new Land Rover Defender was the ideal test vehicle thanks to its iconic side-hinged door featuring a flat rear bumper that dogs could climb onto, compared to the more conventional split tailgate or rounded boot opening seen in other Land Rover models.

The new method was developed collaboratively across Jaguar Land Rover by experts belonging to the Materials Engineering team, who collaborated closely with the Additive Manufacturing and Robotic Engineering teams.
Julie Nicholls, Senior Engineer in Materials Engineering at Jaguar Land Rover, explained: “Our performance testing covers plenty of scenarios that our cosmetic parts are exposed to, but sometimes we have to think outside the laboratory to come up with bespoke solutions. Creating globally renowned vehicles means applying a quality mindset at every stage of a product’s lifecycle to ensure we meet the needs of our customers’ lifestyles. In this case we were able to achieve it by getting a dog, printing a paw and using a robot.”

Land Rover has a history of offering a range of Pet Packs on the Discovery, including a full height luggage partition, a loadspace rubber mat, and loadspace liner tray.

Suzanne Boggan, Dog Care and Welfare Supervisor from the National Guide Dog Breeding Centre, said: “Whether you are the proud owner of a pet dog or – as is the case with our dogs – they play an even more vital working role, we recognize the importance of working with responsible manufacturers like Jaguar Land Rover to ensure vehicles are fit to carry animals safely. We were delighted Yogi could lend a paw to the engineers – we hope it will help more design teams make future models easier for our canine companions to get in and out of.”

The Jaguar Land Rover Additive Manufacturing Centre makes over 80,000 components on an annual basis for a diverse range of applications including functional prototyping, design mock-ups and manufacturing assembly aids and fixtures. Jaguar Land Rover is also able to 3D print parts for production cars with the Jaguar XE SV Project 8, which is positioned as the most extreme performance Jaguar ever being one of the first vehicles to use them.