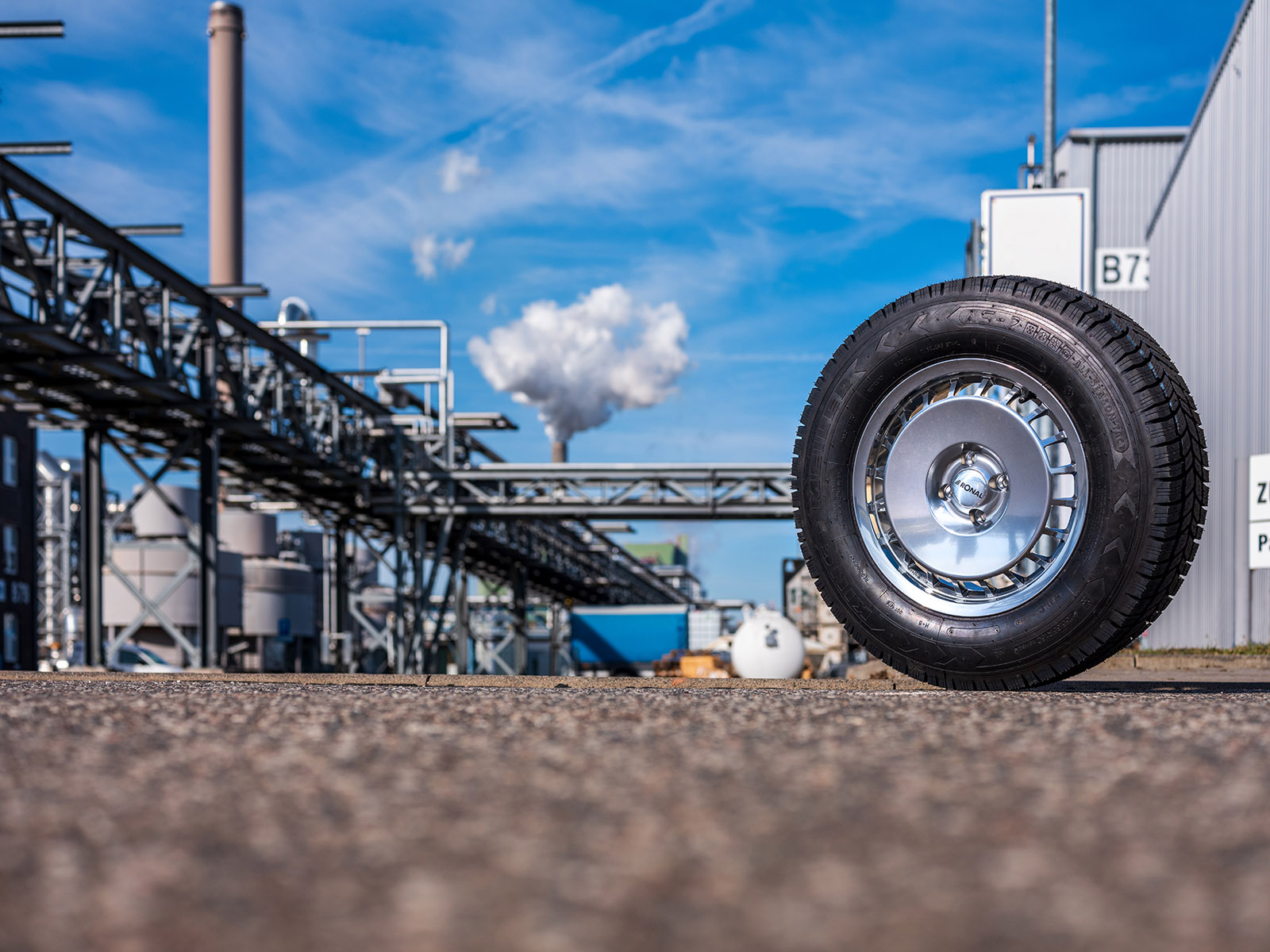 Researchers at the Frauhofer Institute said that the new type of synthetic rubber which is called BISYKA  is about 30-50 percent less abrasive than natural rubber. The initial tests of tires made from the new nature-identical rubber indicated that they were less abrasive than tires made with natural rubber. According to Dr Ulrich Wendler, who headed the project at the Fraunhofer pilot plant center for Polymer Synthesis and Processing PAZ in Schkopau, BISYKA is a German abbreviation for ‘biomimetic synthetic rubber’.

Researchers at the Fraunhofer Institute for Applied Polymer Research IAP, for Microstructure of Materials and Systems IMWS, for Molecular Biology and Applied Ecology IME, for Mechanics of Materials IWM, and for Silicate Research ISC, have been able to optimize the characteristics of synthetic rubber.

Scientists have considered many alternatives to natural rubber, including rubber sourced from dandelions and from guayule. Just like natural rubber, 95 percent of dandelion rubber comprises polyisoprene, wit the balance being made up of organic components like lipids or proteins. The key advantage that dandelion rubber has over tree rubber is that it has a generation succession of just three months while the rubber from trees needs seven years. Hence, dandelion rubber serves as the ideal starting point for exploring the influence of organic components on the characteristics of rubber.

Researchers eliminated each of the key organic components in a systematic manner and after they identified the organic components that played a role in abrasion behavior, the scientists at Fraunhofer IAP synthesized the BISYKA rubber out of functionalized polyisoprene with high micro-structural purity and the respective biomolecules. Their colleagues at Fraunhofer IWM and IMWS then used extensional crystallization to investigate the characteristics of the rubber variants. Wendler explained that the extensional crystallization of BISYKA rubber is the same as that of natural rubber.

During the manufacture of truck tires, the rubber that is used is generally mixed with carbon black. Lately,  however, many manufacturers are using silicates instead of carbon black. The researchers at Fraunhofer ISC investigate new kinds of silica fillers. Crystallization tests showed that tires made from the synthetic rubber lost 30 percent less mass than the tires made of natural rubber. The synthetic tires also showed only half the tread loss. Another advantage synthetic rubber offers is that it can be produced on an industrial scale using existing plants and equipment. This makes it an excellent alternative to natural rubber, even for the production of high-performance truck tires.

Prüflabor Nord then conducted a series of tests to analyze if the BISYKA rubber would do what its extensional crystallization promised. Four car tires made of tread using BISYKA were fitted on a real vehicle which was driven on 700 circuits in one direction and then 700 circuits in the opposite direction and the results were then compared with tests using tires made from natural rubber.

“So far, we have only carried out initial tests with the BISYKA tire blend, but the results are extremely promising. As the next step, we want to further optimize the BISYKA rubber. This concerns, above all, the proportion and the composition of the organic components. At the same time, we will adapt the formula of the tread compound for truck tires to the new rubber,” concluded Wendler.

The team are currently seeking potential partners to commercialize the new synthetic rubber.