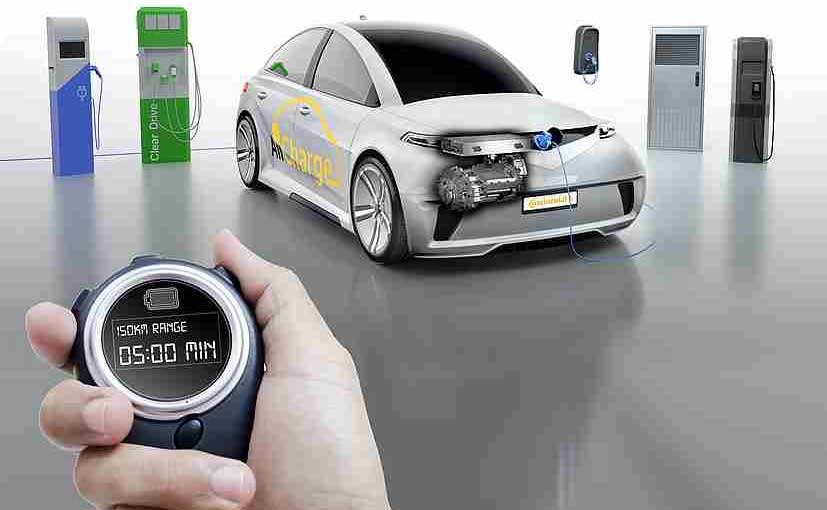 Electric vehicles offer many advantages. They do not run on fossil fuels, do not make noise and have no emissions. The main concern is charging them as charging can take a long time and charging EVs can involve many standards, several different plus and power levels which can confuse a layman. Different cars recharge at different rates. In some cases, you may need cords and adpaters to be able to use a charging station.

Continental has developed a new AllCharge system which builds on the components that an electric vehicle already has like the inverter which converts AC into DC to resolve connectivity issues. Continental plans to unveil the system for the first time at the Continental Tech Show and it will also be showcased at the Frankfurt Motor Show in September.

Any vehicle equipped having the AllCharge system will have the capability to use any EV charging station operating on up to 800 volts as it can support charging power of up to 350 kW.

Dr. Martin Brüll, the lead engineer responsible for the new charging system said, “What was always lacking up until now was some sort of universal solution capable of working with any type of charging station,” “Such a universal solution is now available in the form of AllCharge.”

When 350 kW DC charging is used, only five minutes of charging is needed to get approximately 150 km of driving range. Even allowing for really fast rate of development of the charging infrastructure, a vehicle having AllCharge technology will always be able to make the most of the selected charging station’s capacity.

Dr. Oliver Maiwald, the head of technology & innovation for Continental’s powertrain division said that at many charging stations, motorists who own electric vehicles are not allowed to charge as fast as they would like. With Continental’s AllCharge powertrain, drivers will no longer have to worry about finding the right type of charging station as their vehicle will be compatible with every type of technology, ranging from  single-phase or three-phase AC to high-speed DC systems.The AllCharge system comes with a DC/DC convertor that can provide 230 volts of AC power to power mobile devices or run appliances like refrigerators and power tools when the car is parked.