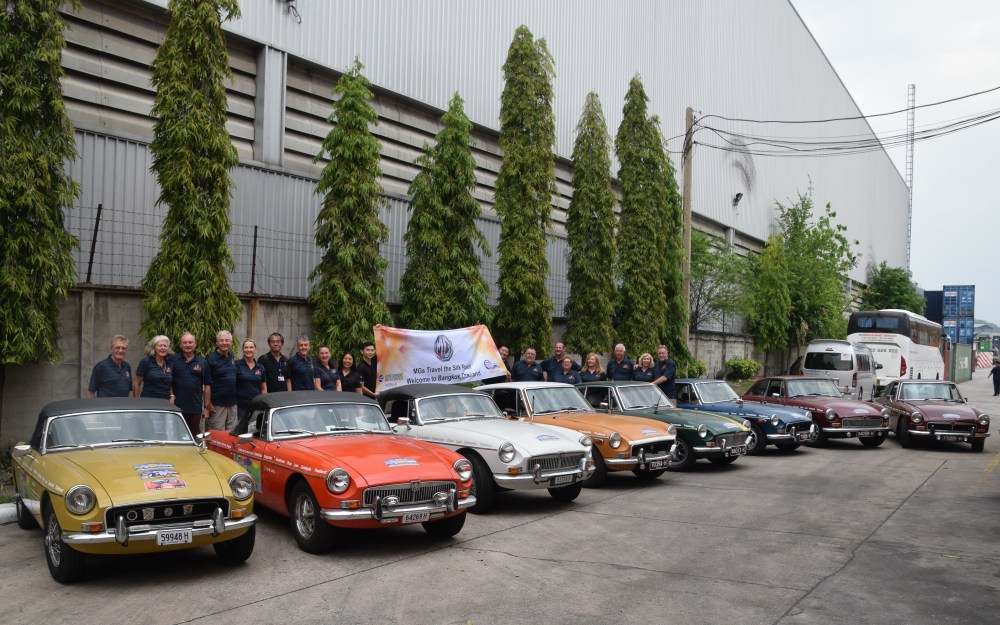 The summer, a group of adventurous classic MG owners retraced the ancient Silk Route with an epic road trip spanning 25,850 kilometers and 60 cities across the globe in their historic MGBs.

The “Silk Route” is the name given to a world-famous network of ancient trade routes that linked the key markets in the ancient world. The eight intrepid teams of drivers started their  102-day MG road trip Thailand before travelling through Cambodia, China, Kyrgyzstan, Iran, Turkey and across Europe before finally arriving in the British town of Abingdon – which serves as the home base of the MG Owners Club.

The two-door classic car, MGB was made in England from the 1960s to the 1980s, and is an icon amongst British sports cars. Over these two decades, several variants of the car were made including the original MGB; a four-cylinder, soft-top roadster, as well as more powerful versions like the MGB GT, MGB GT V8 and the popular six-cylinder model, the MGC, which was available in both coupe and roadster versions.

While retracing the “Silk Route” each vintage car went by highly colorful nicknames like Burgundy, Ginger, Goldie, Shiraz, Vulcan and Shamrock based on its color and history.

The classic cars were thoroughly put to the test due to the complex terrain faced on the road trip. Though one of the MGs, an MGB GT model, had to retire from the trip in Iran due to the challenging road conditions, the rest of the fleet gamely continued with the trip.

The teams took just over 100 days to complete the long trip and the convoy was greeted by an enthusiastic crowd of MG fans when it arrived in the UK.