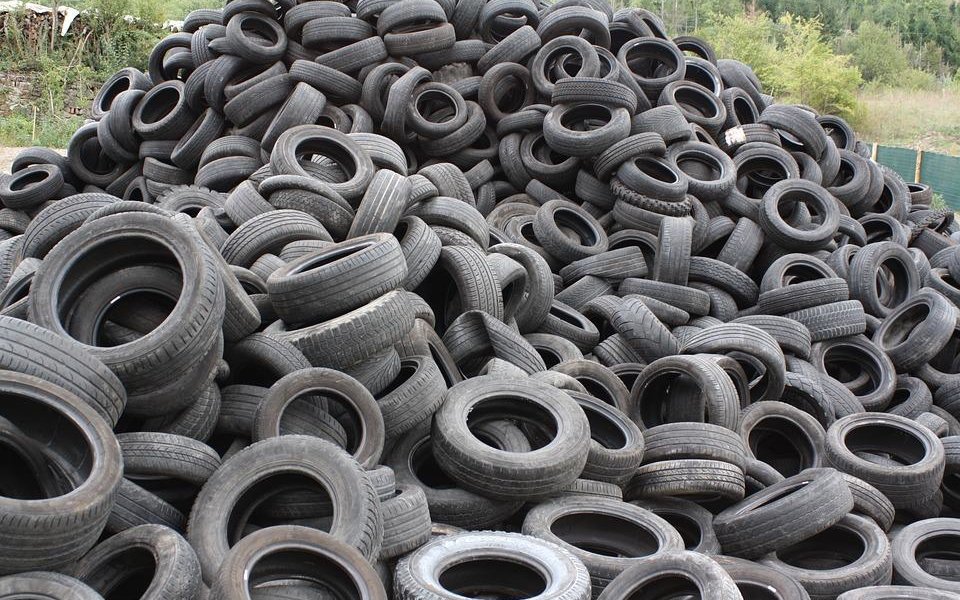 A company in Kenya called Aqualine Distributors has come up with a clever way to recycle scrap tires. Established by Hillary Kitur and his partners, Stanley Kirui and Meshack Kirwa, the company uses scrap tires to make industrial diesel.

Bamburi Cement initially engaged Aqualine in 20017 to source rice husk and later on expanded the contract to cover waste tyres. Kittur said that they used to collect 10 metric tons of tires on a daily basis and managed to collect 300 metric tons of tires every month. Bamburi needed only 50 metric tons and they stockpiled the rest. Once they had 1,000 metric tons of waste tires, they spent one year finding out how to recycle them. After one year of research and another for coming up with a viable business plan, they presented their idea to convert tires into oil to The National Environment Trust Fund (Netfund), a state corporation under the Ministry of Environment, Natural Resources and Regional Development Authorities, in 2014. The organization facilitates research that can aid with environmental management, capacity building, environmental awards, environmental publications, scholarships and grants. The company received a grant of 500,000 shillings to take the project further. The three partners used this amount along with their savings to import a pyrolysis machine which could be used to recycle tires without polluting the environment from China at a cost of 13 million shillings and then they were set to start their business.

Aqualine has 15 collection points in Nairobi, Machakos and Kajiado. Kitur said that the company gets most of its raw material from garage workers. Different sizes of tires attract different payments with the amount ranging from Sh25 to Sh50 for each tire. The company also accepts donations from individuals.

The scrap tires are first cut into small pieces using a machine. They are then loaded into the reactor where they are burned at a temperature ranging from 150 to 300 degrees for eight hours to separate steam, carbon black and steel wires without polluting the atmosphere.

The steam obtained is then condensed into Industrial Diesel Oil (IDO), while the petroleum oil produced is used as an alternative source of energy by manufacturing companies. The carbon black powder is used by manufacturers of paint and shoe polish. The wires obtained as a byproduct of the process are also recycled to make steel wires. Those who benefit the most from this process are the scrap tire dealers who now have a ready buyer.

“At Aqualine distributors Ltd, we only concentrate on IDO and the rest we sell to other recyclers such as Bamburi Cement, who use the carbon black for energy and steel mills who use the steel wires to make construction material,” said Kitur.

Industrial Diesel Oil (IDO) is a blend of diesel and heavy fuel oil. It can be used in several applications including generation of power, heating, and for powering water/steam boilers in small industrial and hospitality applications. The main benefit IDO offers is that it is cheaper than diesel.

“Our diesel goes for between Sh35 and Sh40 per liter. The demand is high and we produce about 25,000 litres per month. We hope to double this capacity soon,” said Kitur.

Aqualine want to expand to other markets in order to generate employment and to help keep the environment clean. Currently, the project is under incubation by Netfund.