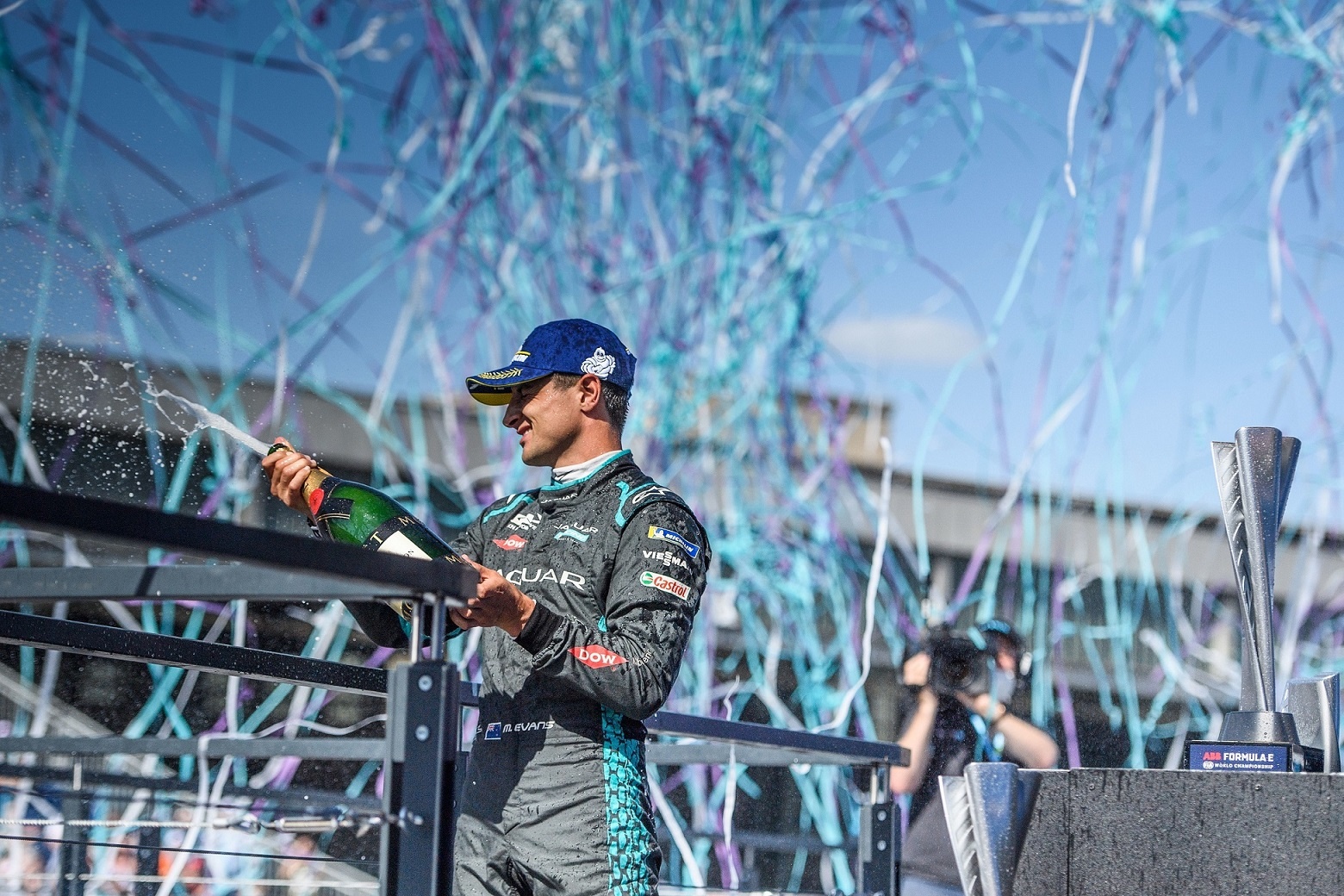 Jaguar Racing driver, Mitch Evans, secured his fifth third-place podium in the penultimate round of the ABB FIA Formula E World Championship – the most podiums of any driver so far this season. Jaguar Racing head into the final race of season seven leading the teams’ standings by five points.

Mitch Evans just missed out on Super Pole after qualifying in seventh in round 14 of season seven. The Kiwi had a great start to the race, overtaking Sebastian Buemi into the first corner. Evans continued to show the pace of the Jaguar I-TYPE 5 by carving his way through the pack, overtaking Jean-Éric Vergne, António Félix Da Costa, René Rast and finally Norman Nato to take third place. Evans demonstrated his talent by successfully defending from the Venturi driver for the final minutes of the race.

Sam Bird qualified in twelfth after a solid session from group one but carried a three-place grid penalty from London. The Brit also started well gaining two places off the line to get him into thirteenth place. He continued to progress forward to just outside of the points before a technical issue on his racecar forced him to retire.

Mitch Evans moves to fourth in the ABB FIA Formula E Drivers’ World Championship, five points behind the leader Nyck de Vries, while teammate Sam Bird is in eighth. Jaguar Racing head into the final round of season seven leading the Teams’ Championship with 171 points.

James Barclay, Team Director Jaguar Racing, said: “Yesterday was a great day for Mitch. He just missed out on Super Pole but he was able to execute a world-class drive through the field to get on the podium for the fifth time this season. We had an issue with Sam’s car that forced him to retire and we’re working on that ahead of today. It is a great position to be leading the teams’ standings but we don’t underestimate the task to maintain the lead in the final race today. Formula E is unpredictable, incredibly competitive and we need to be prepared for every eventuality for the final race of the season. As a team, I’m so proud of the progress we’ve achieved so far this season and once again we have demonstrated our performance in Berlin yesterday. With one more race to go we will be giving it our all to finish strongly.”

Sam Bird, #10 Jaguar Racing driver, said: “I had a good start to the race, overtaking a number of cars and getting myself up to a potential points scoring position. The car was performing well, it felt strong and was good on energy management. It was a big disappointment to retire but we will investigate and look ahead of today and keep fighting.”

Mitch Evans, #20 Jaguar Racing driver, said: “It was a good race – we had strong pace throughout but it was a challenge to find the best time to attack. The strategy worked well and I’m glad it paid off as we needed to score big. We’re in a good place for today but we take nothing for granted. We need to focus for the reverse layout, look at the challenges of group one and do the best we can to maximise the points.”