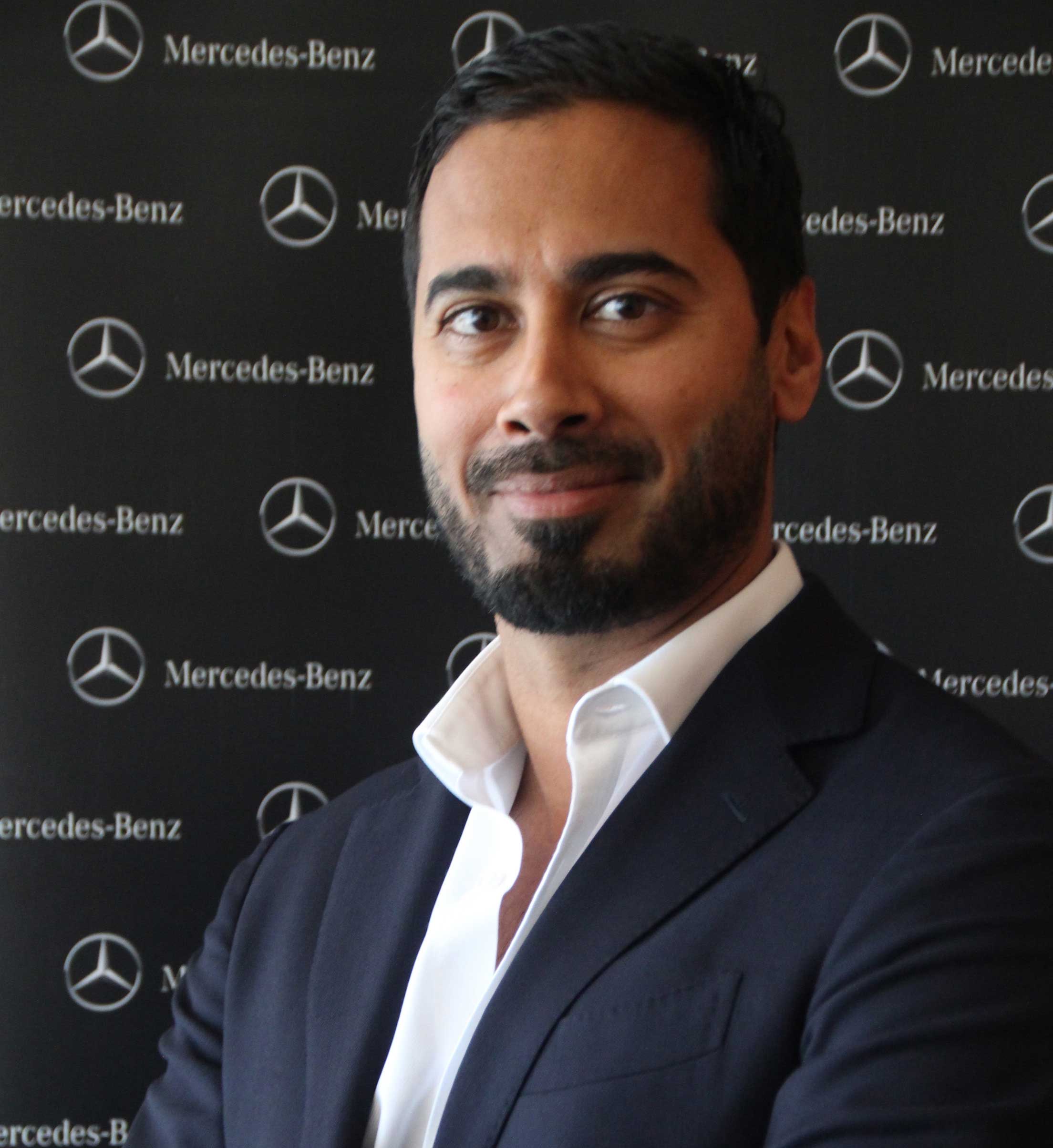 Mercedes-Benz Cars Middle East has appointed Krishan Bodhani as Director of Sales and Marketing. The appointment has been effective from January 1st, 2020.

Krishan Bodhani succeeds Andreas Bueckmann, who had helmed the sales and marketing activities of Mercedes-Benz in the region and had developed various strategies to adapt to the rapidly changing automotive scenario within the Middle East region.

Bodhani started his stint in the automotive industry with Audi and Volkswagen and has held several senior positions across Sales, Marketing, After-Sales and Product Management.

His first role in Mercedes-Benz was as Head of smart at Mercedes-Benz UK, and as an outcome of his efforts smart in the UK was able to achieve record sales growth in 2015 and record sales in 2016. Krishan also helmed Mercedes-Benz UK’s Product Management division, where he played a key role in the development of the company’s simplification strategy.

He then moved on to head Mercedes-Benz UK’s Used Car Sales and Remarketing division. In this role, he took the initiative to contemporize the business and delivered record sales results.

In his new role as the Director of Sales and Marketing in the Middle East, Krishan will play an integral role for Mercedes-Benz Passenger Cars, and it iis expected that his expertise in automotive sales and marketing will be pivotal in the expansion of Mercedes-Benz sales and service operations in the region.

Commenting on the new appointment, Thomas Klein, President & CEO of Mercedes-Benz Cars Middle East said Krishan brought to the role years of experience and a proven record of success.

Klein added, “We are delighted to welcome him on board. In his new role as the Director of Sales and Marketing of MBCME he will be instrumental in further strengthening our position as a leading automotive brand in the region.”

Krishan Bodhani, Director of Sales and Marketing of Mercedes-Benz Cars Middle East added; “The Middle East is a key region for Mercedes-Benz; one that is progressive and steeped with opportunity. In the years ahead not only do we have a wave of new models to look forward to but with digitalisation, customer centric mobility and new business models revolutionising our industry, I’m hugely excited and look forward to the prospect of contributing to the growth of the brand in the region at such a focal time.